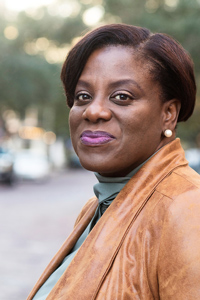 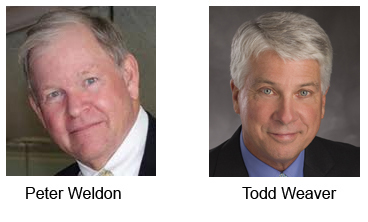 Request Your Vote by Mail Ballots by March 6

If you were expecting a Vote by Mail ballot and did not received it, the Orange County Supervisor of Elections (OCSOE) advises you to contact their office to request one.

You have until March 6 to request a Vote by Mail ballot. If you prefer to vote at the polls March 12, click the above link to make sure your registration is in order and find your polling place.

Cooper, Sprinkel & Seidel Will Serve on March 12 Canvassing Board

Ardaman said, “I have spoken with [Orange County Supervisor of Elections] Bill Cowles – and, of course he deals with a County canvassing board, and we have a City canvassing board. They are two completely different animals.”

Ardaman explained that the Florida state statutes deal with County canvassing boards, but they do not deal with City canvassing boards. City canvassing boards are controlled by the City Charter. “Notwithstanding the participation of any mayor or commissioner in this election or campaign, they have the ability to participate. It might not be the right thing, or the wrong perspective,” said Ardaman, “but the law does not allow us to appoint anybody other than those who are provided by our Charter.”

After discussion, it was agreed that Commissioner Carolyn Cooper, Commissioner Greg Seidel and Commissioner Sarah Sprinkel will serve on the March 12 canvassing board. To view the conversation, click here.

Earlier conversations with City Clerk Cindy Bonham shed light on the vote certification process, which is the duty of the canvassing board.

The final vote tabulation is done at OCSOE. In addition to tabulating votes cast at the polls on election day, the Vote by Mail ballots also are tabulated by OCSOE. OCSOE compares the envelope signatures with those in their data base. Envelopes with signatures that do not match signatures in the data base are given to the City canvassing board to accept or reject.

Canvassing Process Open to the Public

On election night, after the polls close, results from each precinct are electronically transmitted to OCSOE office for tabulation. The three members of the City canvassing board go to OCSOE offices, where they will canvass votes that are in question. The process is open to the public. Any citizen is welcome to observe, but no one may interfere with the canvassing board.

When a questionable envelope is accepted by the canvassing board, it is given to OCSOE to include in the tabulation. Rejected envelopes are set aside unopened.

According to City Clerk Cindy Bonham, envelopes that are rejected are never opened by the canvassing board. So, while board members may be able to identify the voter, no one at the City ever knows how a voter votes.

According to Cindy Bonham, “OCSOE makes every effort to ensure every vote is counted correctly.”

In a small town such as Winter Park, even one vote can make the difference. Just ask Joe Terranova – Winter Park Mayor 1997 – 2000.

The third and final candidate debate between Commissioner Peter Weldon and his challenger Todd Weaver was sponsored by Rollins’ Democracy Project. Only Weaver and Weldon were present for the debate. The third candidate, Barbara Chandler, was absent.

The capacity audience at the Winter Park Public Library got a chance to meet all three candidates for Commission Seat #4, as Barbara Chandler joined Todd Weaver and Peter Weldon for the first time in a debate open to the public.

The first few Moderator questions, posed by Carol Fogelsong of the Orange County League of Women Voters, covered traffic, congestion, parking, the library, the budget and development on major corridors such as Orange Avenue.

The fun began with audience questions, which ranged from the poor condition of Lake Baldwin Park, a.k.a. the dog park, to allowing backyard chickens to a possible ban on plastic bags. There were lively exchanges on alternate modes of transportation and how to foster ethnic diversity in city government.

Watch the embedded videos to see each candidate’s views on these and other subjects.

Thanks to Three Candidates

The effort involved in campaigning for office and the devotion of time required to serve in office represent a significant level of commitment to our community. Commissioner Weldon, Mr. Weaver and Ms. Chandler deserve our appreciation for their willingness to serve.

The Library debate was the second of three debates that are open to the public. The debate originally scheduled at the University Club February 27 was cancelled when Peter Weldon and Barbara Chandler declined the invitation to participate.

The remaining public debate will be at Rollins College Bush Auditorium, February 26, from 5:00 to 6:00 pm, with a reception until 6:30.

See Video of All Public Debates Here on WP Voice

The Winter Park Voice will post video of all public debates. Those who are unable to attend a debate can view the video to see which of the three candidates you will choose to represent you in Commission Seat #4.

The three candidates on the March 12 ballot are Barbara Chandler, Todd Weaver and Peter Weldon.

To request your Vote by Mail ballot. Contact the Orange County Supervisor of Elections either online at https://ocfelections.com or call (407) 836-2070.

Cooper to Serve Instead

According to Communications Director Clarissa Howard, Commissioner Carolyn Cooper will take Sprinkel’s place on the Canvassing Board. Commissioner Cooper was unavailable for comment as of this writing.