Did They Find Any?

Mayor Steve Leary and Commissioner Greg Seidel met early the morning of November 29 to discuss where they stand on electrical undergrounding, a connectivity plan for city greenspace, traffic management and the possibility of forming an architectural review board.

The meeting was called by Commissioner Seidel, who sought commonality and support from Mayor Leary for more systematic planning on these issues. Seidel expressed his feeling that the City needs more detailed designs against which to measure its progress.

The discussion, which lasted approximately an hour and a half, was often detailed and technical. We have included video of the meeting in its entirety to enable readers to judge for themselves where and when Leary and Seidel were able to find common ground.

Our citizens have always held differing views on how Winter Park should grow and what we want our city to be. We enjoy the good fortune of being entitled to our own views and being able to express them freely. Because of this we will always have candidates that run on different platforms, supported by those who agree with them.

It is not okay, however, that some candidates and their backers fail to honor our City Charter. Winter Park elections, by our Charter laws, are supposed to be non-partisan.

For the past three elections, there have been those who have not honored these election laws. Candidates make excuses by saying they did not ask for the help, the money and the in-kind contributions, but by accepting the money from political parties and their affiliated PACs, they are condoning it.

The Winter Park voters have just shown their fellow citizens that they will not be bought by any political party, nor will the pressure from Realtor Groups take control of their City from them.

And though it is not illegal for a sitting Commissioner to support a candidate, it borders on unethical to do so and is certainly in poor taste. It would be nice to think we had Commissioners who knew better.

Let the candidates run and let the citizens vote. And let us all uphold our City Charter. 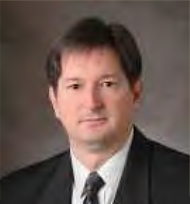 The amendment to the City Charter, which provides for a runoff election in case of a tie, passed with 70 percent of the vote.

Appreciation to Wes Naylor for his willingness to serve the City, and congratulations to Commissioner Greg Seidel.

The Winter Park-Maitland Observer has removed from their website an article, published the week of March 6, that was referenced in a Letter to the Editor of the Winter Park Voice yesterday.

In an email to Commission candidate Wes Naylor, the Observer’s new owner, editor and CEO, Matt Walsh, wrote: “After extended discussions with Executive Editor Mike Eng, and given the late hour, I requested the story regarding your mailer be removed from the Winter Park/Maitland Observer website.”

It’s All Over but the Shouting

It’s All Over but the Shouting

Even though the election is only four days off, and most of those who vote by mail have already done so, every seat was filled at today’s Winter Park Library candidate debate. Former Channel 6 anchor Lauren Rowe moderated the sparring match between Commissioner Greg Seidel and Wes Naylor, Seidel’s opponent for Commission Seat #1.

The questions were substantive and the candidates’ answers were frequently quite direct. If you could not get to the Library today, click the link below to see the entire debate. 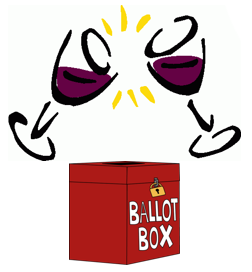 Join the Winter Park Chamber of Commerce and the Park Avenue Merchants Association for an early evening stroll down Park Avenue. Tickets are $25 and they’re going fast.

Twenty-five dollars entitles you to a wine glass, which you can refill as many times as you like at your favorite restaurants, cafes and shops. Be sure to stop by Park Avenue’s stylish eateries to sample their menu items while you shop and enjoy your wine. Note: You must be at least 21 years of age to attend.

Wait! That’s not all! When you pick up your wine glass at the Winter Park Welcome Center on Lyman Avenue, you can also cast a straw ballot for your favorite candidate for Winter Park city commission. Will you vote for crime-fighting Navy vet Wes Naylor? Or side with Local Nerd Greg Seidel?

Does the Chamber of Commerce or the Winter Park Merchants Association have a favorite candidate? They’re not saying. Speaking for the Chamber, Vice President Erika Spence stated emphatically, “The Chamber does not endorse political candidates.”

Folks from the Orange County Supervisor of Elections office will join the fun and tally the straw votes. The Straw Poll ends at 7:00, and the results will be announced by 8:00 pm. The cost of County participation will be covered by proceeds from the event. For once, this is not your tax dollars at work.

You won’t want to miss this event, which is sponsored by Allegro Senior Living.
For more information, click here.