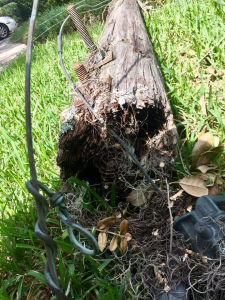 Library Teams Up with Aspen Institute

Library Teams Up with Aspen Institute

The Winter Park Public Library partnered with the Washington, D.C.-based Aspen Institute to convene community gatherings to discuss the role of the 21st century library. A panel discussion on the evening of June 8 at the University Club was open to the general public. The following day, a group of 30 community leaders gathered at the Civic Center for a day-long roundtable discussion.

The library dialogue led off with a Wednesday evening event entitled, “Your Winter Park Library: A Conversation About the Future.” The panel discussion was moderated by Amy Garmer, Director, Dialogue on Public Libraries, from The Aspen Institute. The formal presentation was followed by lively input from the audience.

“We are excited to have John Bracken share his extensive knowledge and national perspective on what it takes to create and sustain healthy, informed and engaged communities in the digital age,” said Winter Park Library Executive Director Shawn Shaffer. “And Richard Adler’s vast insight into the successful marriage of people and technology . . . will set a strong foundation for the Winter Park Library Dialogue.”

Winter Park Will Be Model for Other Libraries

“Winter Park is the first of five communities across the country that we will be working with in the next year and a half,” explained Garmer. “The engagement of the City of Winter Park in exploring the future of the library and the opportunities to re-envision its role for the 21st century will serve as a model for other communities across the country.”

Community Leaders Meet – By Invitation Only

The public event was followed the next day by an invitation-only meeting of community leaders and representatives who gathered to discuss how the library can meet changing community needs in an environment of rapid, radical change in information technology.  For a list of attendees, click here.

The Winter Park library dialogue was based on a framework established by The Aspen Institute in 2014 that explores how libraries can respond to increased demands for high-speed information access, changes in our education and job training systems, and community services to help people compete in a changing economy.

Participants in Thursday’s moderated roundtable addressed four strategic opportunities.
1. Aligning library services in support of community goals
2. Providing access to content in all formats
3. Cultivating leadership and citizenship in the community
4. Ensuring the long-term sustainability of the library

In the coming weeks, The Aspen Institute will report the results of the June meetings.

‘Be Grateful for the City You Live In’

Amy Garmer remarked on how impressed she was by the level of sophistication, knowledge and commitment she encountered in Winter Park. “Winter Park is unique,” she said. “You are so fortunate. Be grateful for the city you live in.”