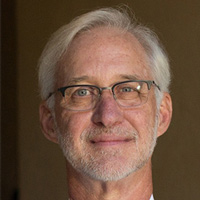 On March 15th, a record number of Winter Park voters went to the polls. As a candidate for re-election, I had spent months outlining a vision for our City. I participated in candidate forums, sent mailers, visited residents’ homes and had countless one-on-one encounters.

That Is How Democracy Works

When it became apparent on the evening of the 15th that a majority of residents did not share this vision, I phoned the new Commissioner-elect and congratulated him. Was that difficult to do? Yes. Was I disappointed in the outcome? Yes . . .but that is how democracy works.

The proposed new library and events center at the civic center location in Martin Luther King, Jr. Park went through the same process I did. Those in favor and those opposed had equal opportunity to present their views. After reviewing all the points for and against, a majority of residents voted to approve moving forward to secure the bonds necessary to make the vision of a library and events center of the future a reality in our community.

Petition Could Stop the Library

As with any vote, some people were disappointed with the outcome. Unfortunately this disappointment has manifested itself into a petition drive that could prevent the new library and events center from being built.

The City has declared the petition drive invalid, but in order to assure potential bondholders that the bonds and the location of the new library and events center are valid, the City of Winter Park has been forced to initiate a “bond validation” process. As with any legal action, the expenditure of time and money will result in additional cost to the tax payers.

Commissioners Did Not Mislead Voters

What is far more upsetting to me than the petition drive is the claim by the organizers that somehow the residents of Winter Park were misled by the Library Task Force and, ultimately, by the City Commission. As a Commissioner, I was involved in this process from the beginning, and I find this line of thought insulting and totally without merit.

During my six years on the Commission I can think of no other issue that was more thoroughly vetted than the library. A Library Task Force appointed by the Commission and comprised of residents from a broad political cross-section of the City worked for 17 months to ascertain the validity of a new building and to identify the best possible location. During this time, dozens of public meetings were held seeking input on more than 15 different sites.

As I watched the selection process narrow down to the park, I remembered back to a design studio in college where our professor encouraged us to think of parks not only as places of recreation but also re-creation; that parks, art, and education enjoyed a unique relationship. The ability of this new facility to relate to and enhance the experience of both library and park users is exceptional.

The fact that this can be accomplished within essentially the same impervious footprint of the existing Civic Center speaks volumes about our community’s respect for our open spaces.

But the process did not stop with the Task Force. Their recommendation was just that, a recommendation. It still had to withstand the scrutiny of the Commission and additional public input. Repeatedly during this phase, citizens approached the Commission wanting verification of where a new library would be located, and repeatedly they were assured that MLK, Jr. Park would be the home for the new building should the bond referendum pass.

The process took another step forward when a majority of the Commission voted to accept the recommendations of the Task Force and place the issue on the ballot for the residents of Winter Park to make the ultimate decision. As I look back at the process, I struggle to find opportunities that were missed. Each site had pros and cons, but as each round of eliminations took place the civic center site remained.

The civic center site abuts Morse Boulevard along the traditional gateway to Park Avenue. The thought of extending the character of the avenue as opposed to hoarding it should be applauded, not condemned. The issue was subject to the same scrutiny that any candidate endures — months of exposure in the political arena. It was a question at every Forum, and information was provided on websites, in mailers, via phone calls and at meet-and-greets.

Advocates on each side of this issue took advantage of every means possible to get their message out. If anyone feels they were not adequately informed, I believe it is not from any form of misinformation but rather from not having taken advantage of the wealth of information that was available during the campaign.

I end this with a call out to all the residents of Winter Park to join in embracing the new library and events center. No congratulatory phone calls are required. All that is needed is a willingness to become involved. I was privileged to attend a recent presentation by the Aspen Institute, a world-renowned organization that has chosen our community to explore and develop programing for the library of the future.

This Is Your Library, Your City

The possibilities are endless. This programing process will continue through additional community conversations, commission meetings and design reviews. All will be open to the public. Please take the time to get involved in your community, for it is that personal involvement that makes Winter Park the special place we all call home.