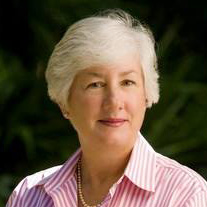 Friends of mine are walking door to door with a petition they would like you to sign. That petition would prevent the City from building a library in Martin Luther King, Jr., Park.

I was approached by one such friend, who was unaware that I was involved in the long and thorough process that resulted in the Library Task Force report to the City Commission with a unanimous recommendation for a new library at MLK Park.

Reaching the Conclusion – We Need a New Library

The Library Task Force represented a wide range of constituents and viewpoints. We started out with very different ideas about whether we even needed a new library. Many thought the existing library could be rebuilt.

I was in the “didn’t-need-too-much-convincing-to-rebuild” camp early, because I have spent time in our library and have seen how cramped and inflexible the building has become. Anyone who has tried to find a quiet work spot knows what I mean.

Once we saw solid reasons why a retrofit would not work, we all had different ideas about where a new library should be sited.

Long Search for a New Home

When we got to the “find-the-best-location” stage, we again had widely differing preferences. My choices, City Hall or the Post Office, turned out to not be best. The City Hall site could work if the whole block was available, but it is not. The US Postal Service’s demand for a new distribution center made that choice too expensive. The other sites we looked at were either not available or were unworkable.

I was part of the Task Force sub-group that studied the Civic Center site. When we looked at adding a library there, we saw a great opportunity.

Combining the library and event center would result in a smaller footprint than a library added to the Civic Center. The new dual-purpose building would be an efficient and beautiful use of that corner of the park. The result would be a beautiful, exciting space in our city.

After many months of study and discussion, the Task Force, as a whole, was able to take a unanimous proposal to the Commission for a combined library and events center in MLK Park.

The voters agreed and passed the referendum.

. . . and the Future of the Existing Library?

Now it is time to choose the best design for our library and event space. We also need to talk about what to do with the existing library. I hope we keep it for future civic use, but that will be a long discussion – a discussion in which I hope my politically active friends will be very involved.

Bring me that petition and I will sign it!