While there is a well-established need, either for a new library building or a major renovation to the current building, the process that got us to this point was flawed and has created confusion and uncertainty. But, that is water under the bridge. It is no longer about process. It’s about what our community needs.

Winter Park residents have only limited access to the Orange County Library system. Years ago, we decided to go it alone. We have built a proud tradition of an independent not-for-profit library that is partially supported by the city. From 2001 to 2006, our library was the highest ranked in Florida. But that was a decade ago. Now, newer Florida libraries have passed us by.

Initially I was concerned about the selection of Martin Luther King, Jr., Park for a new library.  I thought, “Too far out of downtown,” and “Park land should not be built upon.” I did some research and visited a new state-of-the-art library in Cedar Rapids, IA. 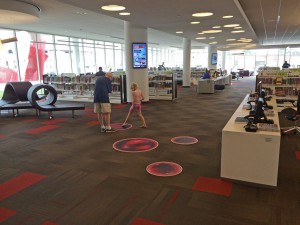 With a population of 126,000, Cedar Rapids’ library is larger than we need, but it boasts the amenities we need on a smaller scale. The Cedar Rapids Library opened my eyes to what a library can be and how the space can be arranged to fill many needs and inspire minds of all ages. I realized our current library could never provide the opportunity to create a facility of this caliber. Renovation dollars thrown at it would just be ‘good money after bad.’

The Winter Park library is our most visited public building, receiving about 600 visitors a day. Although it is close to Park Avenue, many visitors still drive there, and frequently they have trouble finding parking. If you do walk, it is nine minutes from the SunRail Station. The MLK Park location would only add an additional four minutes. Buses are available to both locations.

Our current building is a dysfunctional embarrassment. When the third floor was tacked on 20 years ago, the design for the stairs was compromised. The elevator cannot hold a gurney so, in an emergency, a patient would have to be hand-carried down steep stairs. The building needs rewiring, and the cramped bathrooms do not meet current code. The history collection is not protected with climate control and is not fully accessible. Too many still-current books must be cycled out, youth activities are restricted and meeting space is limited. 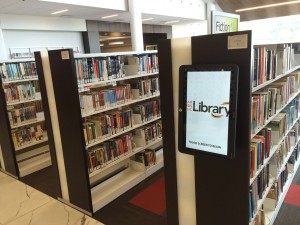 Meanwhile, the Cedar Rapid’s library has numerous spaces that attract widely diverse groups, and the roof top garden is a revenue- generating event venue overlooking a park. Their children’s area is almost the size of our whole first floor. Their café is a popular gathering place.

A fair number of Winter Park residents do not have internet access, so our library is the go-to place for job hunting, research and staying in touch with grandchildren. A new facility might include visualization and incubator labs where students, artists and startup businesses could access evolving technology such as 3D printers. Can you think of any place other than a library that would offer free or low cost public access to this kind of technology?

The new building in MLK Park will use only an additional one-quarter acre of park space. That equals a parcel 100′ X 108′, which is smaller than most home lots in Winter Park. The area not used for playing fields and playgrounds is underused. Locating a combined library-civic center there would attract many people to these under-utilized areas. Meanwhile, the lake edge setting is dramatic, engaging and ripe with outdoor educational opportunities. A library in that location would better serve the West Side community, which used to have a branch library in the old community center.

‘Downtown’ Has Grown Beyond Park Ave.

Our downtown used to be only Park Avenue, but now it has expanded to include Hannibal Square and even Winter Park Village. Downtown is expanding as our city continues to evolve. The Civic Center, which is already on park land, is undersized, outdated and ready for a major rehab. Save those renovation dollars and use them for a combined, more efficient structure.

Our choice is clear.

Renovate two structures, and still fall short of our needs? Or, build one well-designed, architecturally significant facility designed for the future, with a parking deck softened by vegetation that would screen park and library users from the new commercial development along 17/92?