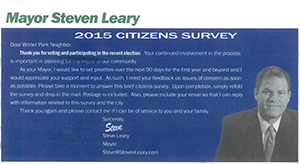 Remember about two weeks after the March 10 election? Newly elected Mayor Steven Leary sent a questionnaire out to some Winter Park residents asking for their opinions about the City.

We know you’ve been wondering . . . so here it is. This is what you told the mayor. 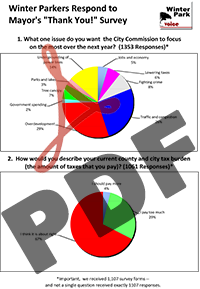 While not all of you responded to every question, many of you gave more than one response to a single question. Note that Question #1 had more than 1,300 responses – although we received only 1,107 survey forms. Some commented that the questions were confusing or called for a response that did not reflect the true feelings of the respondent.

Not All WP Residents Received Survey

When asked, the Leary campaign said that one survey was mailed to each household in Winter Park – either electronically or by U.S. Postal Service. The campaign did not confirm or deny that all survey recipients lived in Winter Park. The Voice heard from a number of readers who live in Winter Park who did not receive surveys. The Voice does not know the total number of surveys mailed or how criteria for the mailing were established. We could not, therefore, determine the sample size or the demographic used.

Most of you who did respond think the tax structure is about right and that the City is doing a good job – especially the Police and Fire Departments. More than half of you expressed concern about over-development, traffic and congestion.

More than half of you responded “other” and added comments on the survey forms. Because of the individual nature of the comments, we were not able to tabulate them and have not included the comments in the results.

The type of comment we saw most often is summed in this respondent’s plea to the new mayor: “Please – keep your campaign promises. Protect Winter Park’s uniqueness. Once it is gone – too late!”

But the devil is in the details, and the details are all here in the charts. 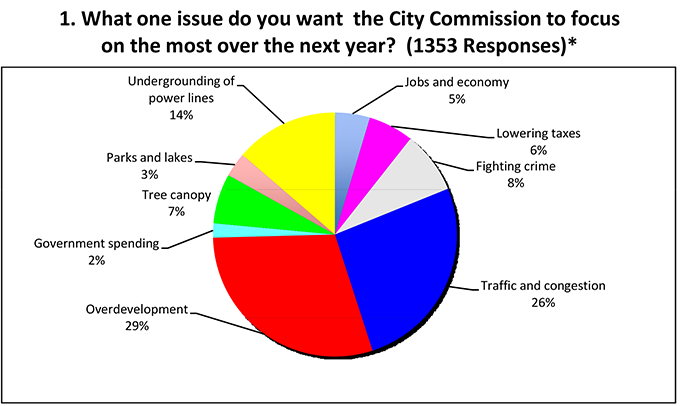 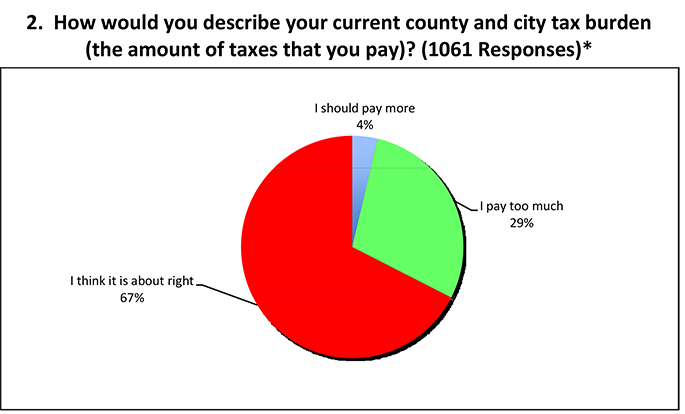 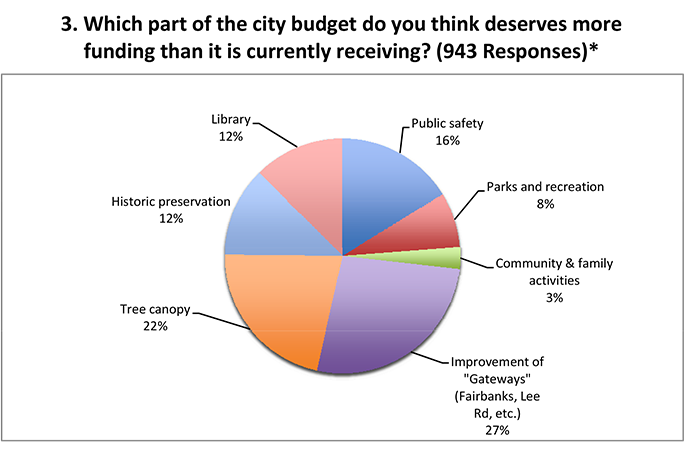 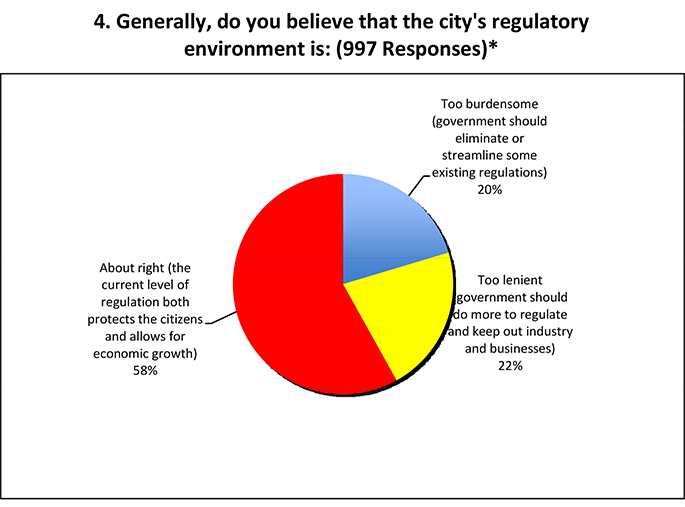 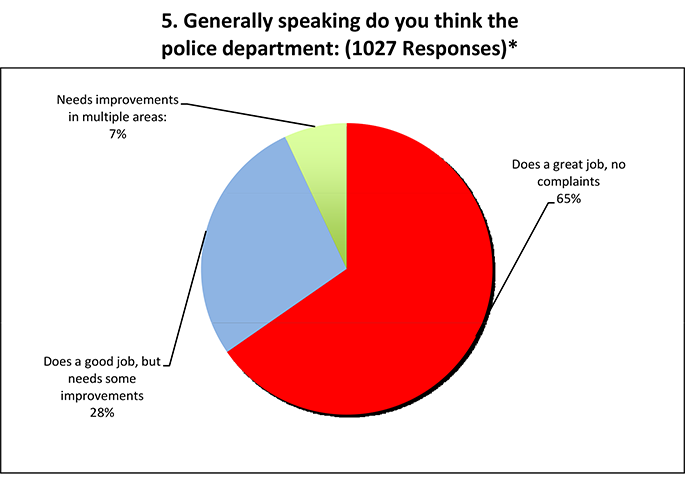 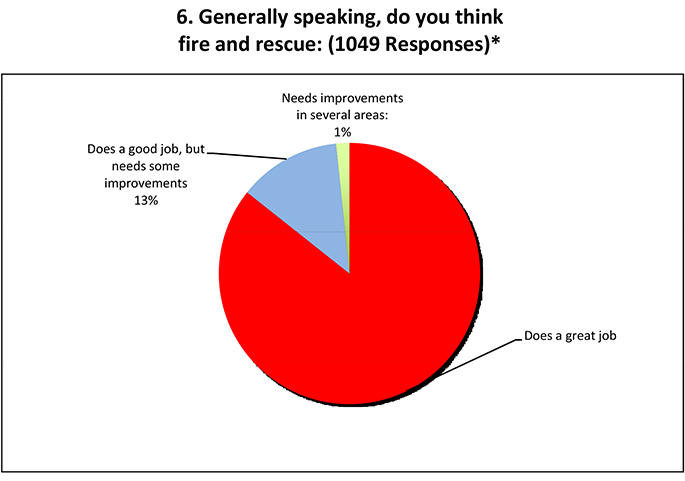 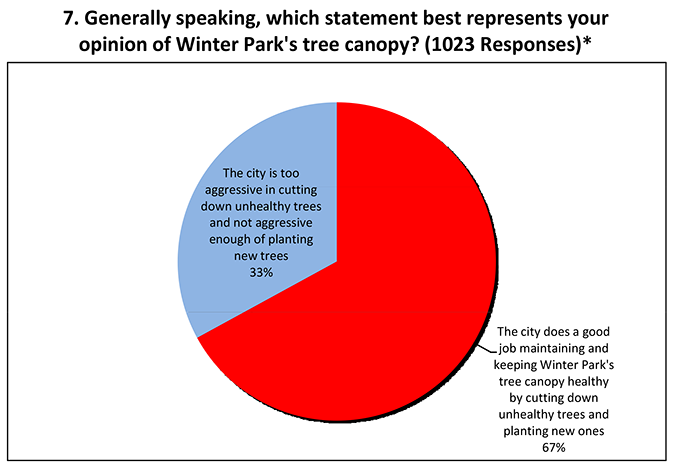 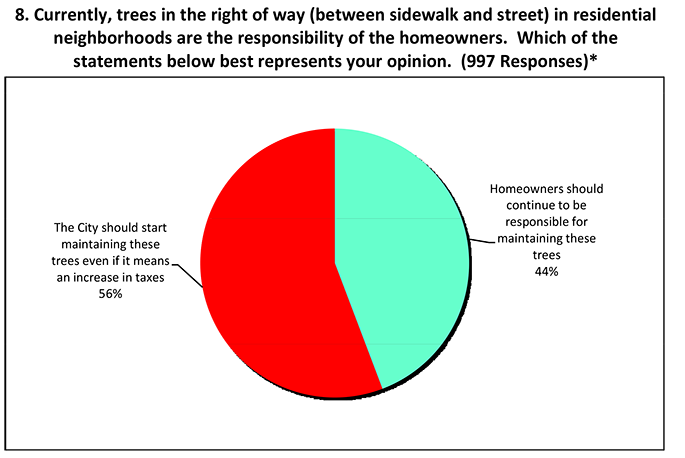 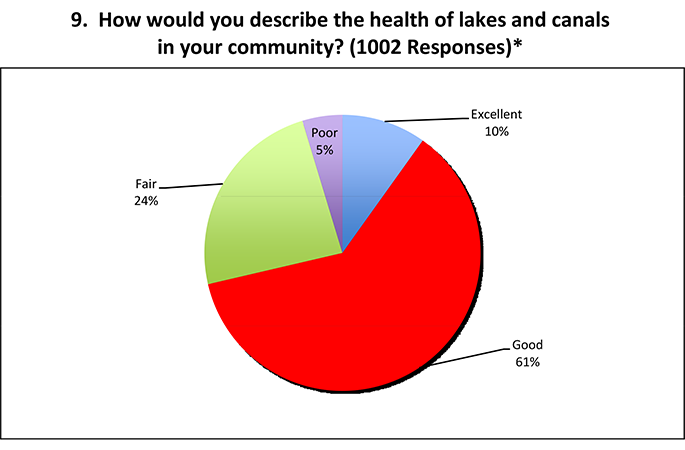 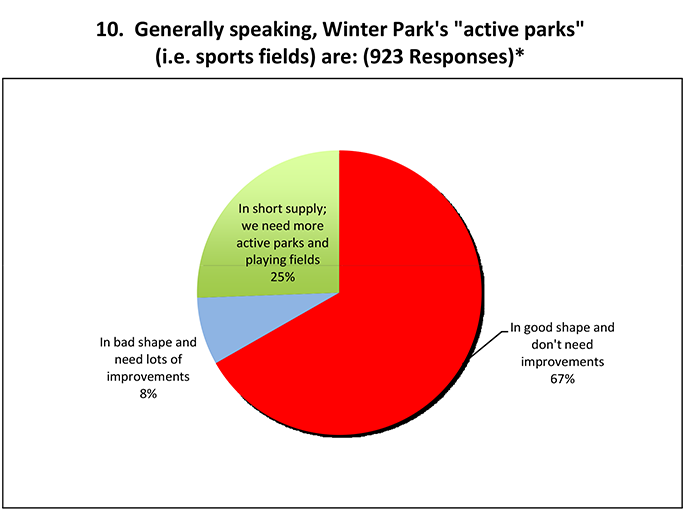 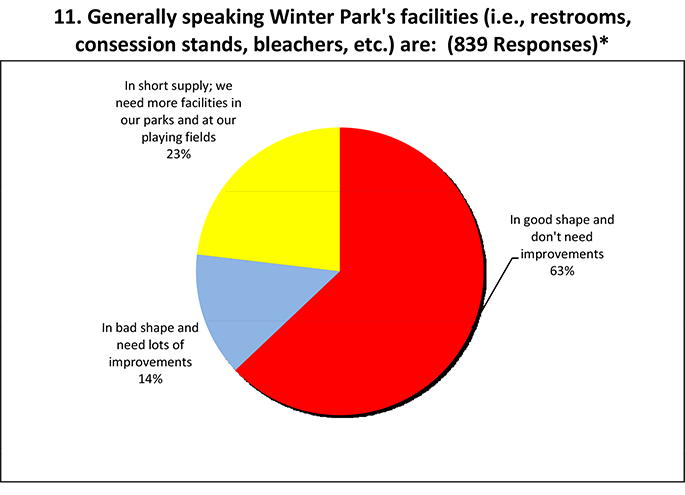