A Masterplan to Nowhere

A Masterplan to Nowhere

One week ago, the Winter Park City Commission voted 3-2 to move forward with the sale of a gateway property contiguous to one of the city’s benchmark parks: MLK Park, future site of the new Library/Events Center complex. The 1.5 acre parcel, known as the Bowling Alley property, could have become a functional green space entranceway to our city. But a gateway argument did not capture this Commission’s imagination. 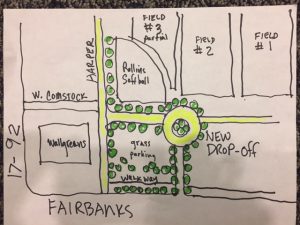 Citizens are now left with serious questions about how all our expensive studies, workshops and summary reports can come together to form a cohesive plan for parks, ball fields, green space, partnerships, trails and connectivity, supported with the necessary implementation budget.

Our Parks Masterplan (2008 Wade-Trim) is now 10 years out of date. This is the document which should be guiding our next steps, not only with current decisions surrounding MLK Park, but all our future parks discussions. First things first.  Let’s hope the City Commission adopts a budget for this badly needed roadmap (estimate: $120,000) and expedites implementation. We are coming late to this party.

If you are not familiar with the 2008 Parks Masterplan, I invite you to take a look: Scroll down to the very bottom of the page:
https://cityofwinterpark.org/departments/parks-recreation/administration/publications/

Other questions which merit attention: Will Winter Park have a “Great Park” one day? Where is that plan?  What is the vision? What green space parcels has the City acquired in the past 2 years? 4 years? 6 years? Are we keeping pace with need and more importantly, with our required 10 acres of park space/per 1,000 resident formula, now that our population has reached 30,000?

The 2008 Parks Masterplan states that “seventy-nine (79) acres of additional parkland are required by 2028 (note: that’s in 10 years) to meet existing and projected demand for parks and recreational facilities” (Recommendation 3.1).

Where will this new park land come from? At what price?

According to Wade-Trim, “The estimated cost to meet projected demand for parkland by 2028 is $41.3 million. This would require approximately $13.1 million of land acquisition every 5 years, or approximately $2.6 million annually.” (Section 7.2, Estimated Costs Associated with Projected Demand)

The report also highlights an 8 multi-purpose playing field deficit for our children by 2028. (Recommended Action 3.4)

And let’s not forget this recommendation. “City of Winter Park Parks and Recreation Masterplan should be updated at least every 5 years to reflect any shift in development trends and desires of the community.” (Recommended Action Step 3.5)

It would appear that we are making decisions in a vacuum. The budget for the MLK Park future usage exercise with GAI consultants is in the range of $50,000 in CRA monies. Yet there is apparently no cross-reference with our own Winter Park Parks Masterplan needs and capacity issues, because it is 10 years out of date.

Interesting as well, our Winter Park Vision plan was submitted on June 9, 2016, and has been sitting on a shelf for the past year. Why pay $200,000 for a plan we are not going to fund or implement? Are these exercises meant to be moot?

Said the Cheshire Cat to Alice, “If you don’t know where you are going, any road will take you there.”
From ‘Alice in Wonderland’
By Charles Lutwidge Dodgson writing under the pseudonym Lewis Carroll.

Charley Williams provides the marketing for a local civil engineering firm working on such infrastructure projects as Sunrail, Wekiva Parkway, I-4 and the new South Terminal at Orlando International Airport. He has been a Winter Park resident for twelve years.