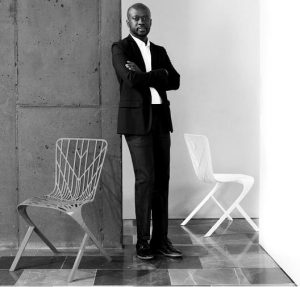 The event will be a special meeting of the Winter Park City Commission. Mayor Steve Leary will open the meeting and introduce members of the library-event center design team, which will feature lead architect Sir David Adjaye. Public input will follow the formal presentations.

The design team assembled for this project are Pizzuti Solutions, the Owner’s Representative that will work with City staff to manage the project, budget and schedule; HuntonBrady Architects, which will develop the signature architectural design in partnership with Adjaye Associates; and the construction management team, which will consist of Brasfield & Gorrie and Lamm & Company.

Sir David Adjaye was knighted by Queen Elizabeth II and named one of 2017’s 100 most influential people by TIME magazine. His firm is known for its innovative approach to library design. Adjaye’s projects include the award-winning Idea Stores in the London Borough of Tower Hamlets and the Smithsonian Institution’s National Museum of African-American History & Culture, which opened September 2016 in Washington, D.C.