Ansaka LLC Does a Graceful Pivot 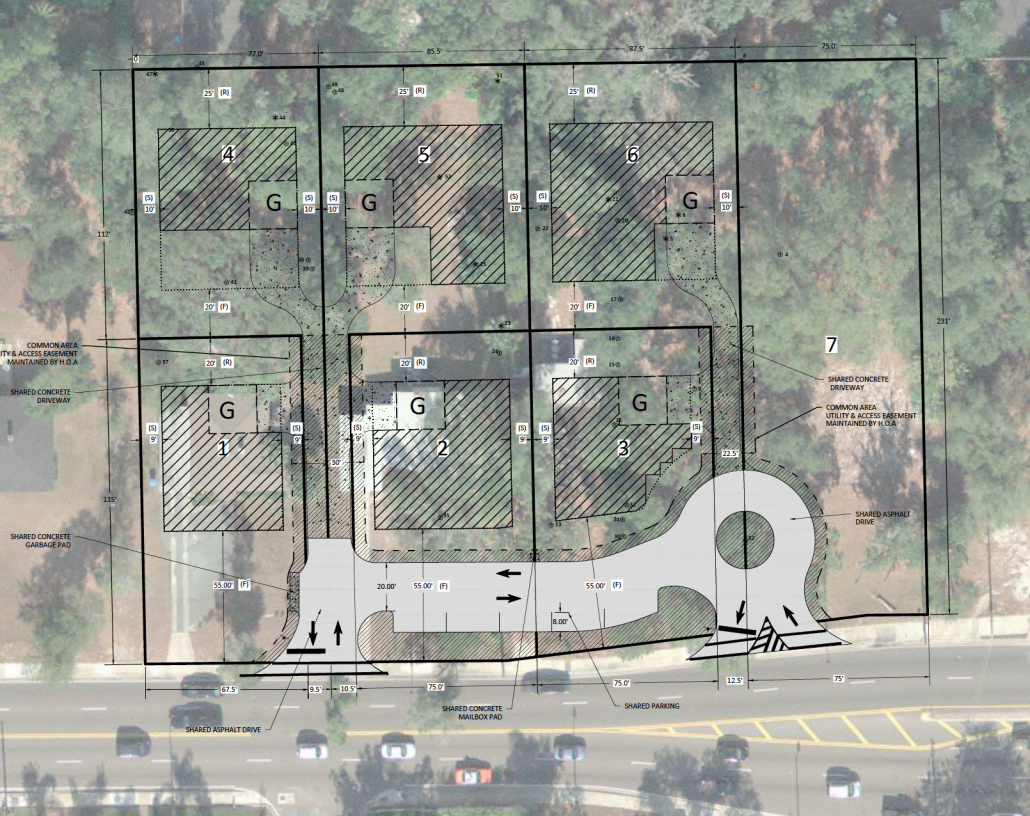 Ansaka LLC, the developer who made bright yellow ‘No Density’ signs sprout like daffodils from lawns along Aloma last April, returned to P&Z July 10 with a request to subdivide 1.45 acres of the property into six single-family building lots.

In April, Ansaka appealed to the City for Comprehensive Plan future land use and zoning changes to build 18 residential townhouses on the north side of Aloma Avenue between Lakemont and Phelps. City staff and the Planning & Zoning Board gave the project a thumbs up. When the project came before the Commission on April 9, however, neighbors’ concerns had manifested in the form of bright yellow “No Density” signs, and 24 residents spoke in opposition to the project. The Commission voted to table the item, giving the developer, Andrew Ryan, time to regroup.

Ryan subsequently met individually with each Commissioner and with the design team to come up with an alternate plan. Ryan also heeded neighbors’ concerns in coming up with what he called “the most conservative pivot plan available.”

Graceful Pivot to Plan B

Ansaka now proposes to replat the entire property, which includes 1.45 acres zoned R1A, single family, and approximately 17,700 square feet of land zoned O2, office. The R1A portion of the property, measuring 250’ x 250’, will be subdivided into six single-family building lots. The office zoned portion will be developed at a later date, but was included in the replat so that future users would have access to the common drive, which provides safe access to Aloma.

The six-lot single-family subdivision will have three lots to the south, toward Aloma, and three lots directly behind them to the north. The lots will have shared driveways and parking.

The City Planning staff recommended approval of the redesigned development, stating it will be “. . .good for Winter Park, its residents and the neighboring community.” The plan maintains current zoning, allows an access easement for the commercial property to improve future traffic patterns, preserves existing heritage live oak trees and incorporates street trees that will enhance the Aloma frontage.

In the next step, Ansaka will request approval from the Winter Park City Commission.

This is the second developer this year – the other being Zane Williams of Z Properties — to run the gamut of public scrutiny and come to the City with an application that takes into account the needs and wishes of the entire community. Served well are the neighborhoods in which they seek to build, the neighbors, the City, the Comprehensive Plan – and the developers themselves. Both developers are Winter Park residents who exhibit an understanding for and sensitivity to what Winter Park is all about.

See the entire plan here. Graphic above is on page 32.