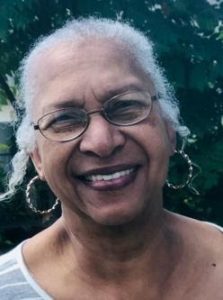 Events since the death of George Floyd at the hands of Minneapolis police have raised more questions than answers. Floyd’s death seems to have been the proverbial ‘straw that broke the camel’s back.’

What to do? First, we examine those questions. The answers will come when we are able to engage in honest conversation about the systemic racism that has plagued our culture for 400 years. The black community is not the only community to suffer from racial injustice, but it is my community and the community for which I can speak authentically.

What can we do?

One has to look deep within oneself and acknowledge the fact that the problem has and does exist.  No problem can be solved unless you can first truly acknowledge that there is a problem.

Does one have to ask why “Black Lives Matter”?

Black lives have NOT mattered in this society’s system for 400 plus years, when our ancestors were first brought here as slaves in the hulls of ships in inhumane conditions.

We’ve all been told for years that our system works. “If it’s not broken why fix it? it’s worked for years!” Yes, but for whom does it work? And who is being disenfranchised by our system?

Who needs to worry they might be killed while they’re driving, jogging or simply walking home? Should a doctor unpacking his car in the driveway of his home be worried? Should you be worried, sleeping in your bed, that authorities with no warrant and without announcing who they are will break into your house and open fire?

On May 25, George Floyd, a 46-year-old black male, was murdered on national TV in Minneapolis, Minnesota.

Mr. Floyd was handcuffed by a white police officer who had his knee on Floyd’s neck for eight minutes and 46 seconds. Mr. Floyd was crying he couldn’t breathe, asking for help and calling for his [deceased] Mom.

While Officer Chauvin knelt on Floyd’s neck, looking into the middle distance with his hands in his pockets, and while two other officers knelt on Floyd’s back and a fourth officer stood by watching, George Floyd took his last breath.

If this brutal act of murder did not touch everyone, there is definitely something wrong. This ls one of many such events across this nation. And they continue.

On June 4, ten days after Floyd’s death, Winter Park Chief of Police Michael Deal posted a message on cite-news stating the City of Winter Park was committed to de-escalation and has banned excessive use of force, such as the use of choke holds.

On June 24, City Manager Randy Knight posted a letter on the city website on behalf of the Mayor, Commissioners and Staff as a follow-up to the June 22nd Commission meeting. The mayor himself has never spoken.

Being silent sends the wrong message.

Although conversations on racism are difficult, especially for white people, we can start the process by reaching an understanding that black people did not create racism.

Black people were thrown into it by being brought over in the hulls of slave ships and sold as chattel to slave owners. They suffered inhumane treatment, raping of the ladies and their daughters, and filthy congested conditions. The males, for sale to slave owners like cattle, were seen as inferior because their skin was black.

These captives were stripped of their culture, their birthright and even their names. As slaves, they were required to assume the surnames of their new masters.

What was my great-grandfather’s name?

These were people who were good enough to breast-feed your white babies, raise your white kids, cook your food, clean your homes, wash your clothes, plant and harvest your food — but not good enough to sit at a table and share a meal with you or sit next to you at Church or at a restaurant or on a bus.

The color of our skin, that beautiful brown and black complexion, that color you yearned for when you sat in the sun to get a tan, was what made black people perceived as something dirty and inferior.

How does this 400-year history of systemic black oppression play out within the context of the history of Winter Park?

Black Men Mattered in 1887, when the Town of Winter Park was incorporated.

At that time, there were not enough registered Democratic white voters for the community to become a town. One black man, Gus Henderson, editor of Winter Park’s first newspaper, The Advocate, rallied the black Hannibal Square Republicans to march across the tracks after sunset to exercise their voices and their right to vote. It was the black Republican vote that secured the incorporation of Winter Park as a town.

Once the white power brokers had achieved their goal of incorporating the Town of Winter Park, they sought to overturn the election results because they did not want blacks to serve in any governing capacity. Initially they failed. Later succeeding, they finally were able to remove the Hannibal Square community from the town limits. Hannibal Square, as a whole, was kicked out of the Town of Winter Park.

Thirty years later, in the 1920s, Winter Park still lacked the required number of registered voters to achieve their new ambition to become a City. Once again, they needed those black Republican voters. So the Hannibal Square community was brought back and restored as part of the City of Winter Park. The rest is history. No black man or woman has served in an elected capacity since 1893.

In the course of her work, Chandler learned the history of the Hannibal Square community, which has had no representation since 1893. As she continued to meet the residents, Chandler became concerned and inspired. She asked herself, ‘what I am doing to make a difference to help eradicate such disenfranchisement through systemic racism?’  Barbara’s campaign for a commission seat, though not successful, made an impact and hopefully has inspired others to be involved and to claim a voice in the city’s governing body.

I have heard people respond to the “Black Lives Matter” movement by saying, ‘All lives matter.’ All lives do matter – but in our current system, black lives matter less. That is wrong!

My name is Mary Daniels. I am beautifully Black! I Matter!

SILENCE Is Not an Option. Change Is Necessary. We Are ALL Humans and We All MATTER!

Mary Daniels is a citizen of Winter Park. About who she is, Mary writes, “All that anyone is came from the beginning ancestors Adam & Eve. So then, who are we blacks, and even more importantly, who are you whites – and all the different races of the world? We breathe, bleed and have the same organs as all other human beings. I make no apology for my being born black, my culture and heritage of being a strong, respectful, beautiful woman of color.”