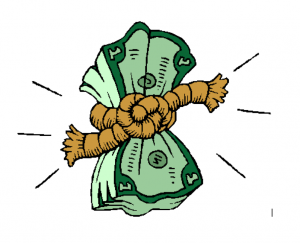 A small item on the City Manager’s Report at the January 14 Commission meeting stated, “Library Design: Project pricing came back on design development drawings and the project is over budget.”

Getting the Project Back to the Level It Should Be

Commissioner Greg Seidel asked City Manager Randy Knight to elaborate. “Staff continues to work with the design team,” said Knight, “trying to bring the project in on the budget the Commission’s adopted. . . . Once we get the project to the level it should be,” Knight said, “I’ll be bringing [the design] back to the City Commission . . . along with some add-alt opportunities” so the Commission can decide if they will try to fund those and, if so, how.

Should We Wait to Demolish the Murrah Civic Center?

Commissioner Carolyn Cooper attempted to make a motion to delay demolition of the Rachel Murrah Civic Center and removal of surrounding trees until the Commission has a clearer idea of how they are moving forward with the Canopy project. Cooper was, however, ruled out of order by Mayor Steve Leary because, he said, the item was not on the agenda as an action item and had not been publicly noticed.

Leary went on to state, “The only increased cost to taxpayers so far has been the lawsuit brought against the taxpayers and the voters in the city by a small group. That has cost us in legal bills; that has cost us in delays. So, additional monies that must be spent to move this forward, as of today, have not been due to overages because we’re still working through the budget.”

Leary was referring to the Save Our Library WP PAC’s 2016 petition drive to prevent the new library from being located in Martin Luther King, Jr. (MLK) Park. The PAC gathered 2,300 voters’ signatures in what was supposed to be a Citizens’ Initiative, which has no deadline. The City Clerk declared the petitions “insufficient,” insisting they constituted “reconsideration of a referendum,” for which the deadline had passed. The court upheld the City, and the library location was never put to a vote. According to the City Manager, the lawsuit cost the City $32,878 – slightly less than it would have cost to put the matter of location to a vote of the people.

The City also spent $168,881 on a Bond Validation Suit to protect the City from future legal challenge regarding the bond issue. The successful Bond Validation Suit had the added advantage of allowing the bonds to be sold at a more favorable rate. According to an attorney who was close to the situation, who asked not to be identified, “Any expenditures associated with the bond validation will be recovered over the life of the bonds and represents a wise investment on the part of the City.”

So, What Do We Know Now about Projected Costs for the Canopy?

A November 2018 email from City Clerk Cindy Bonham summarizes spending and funding sources on the Library-Event Center as of September 30, 2018. 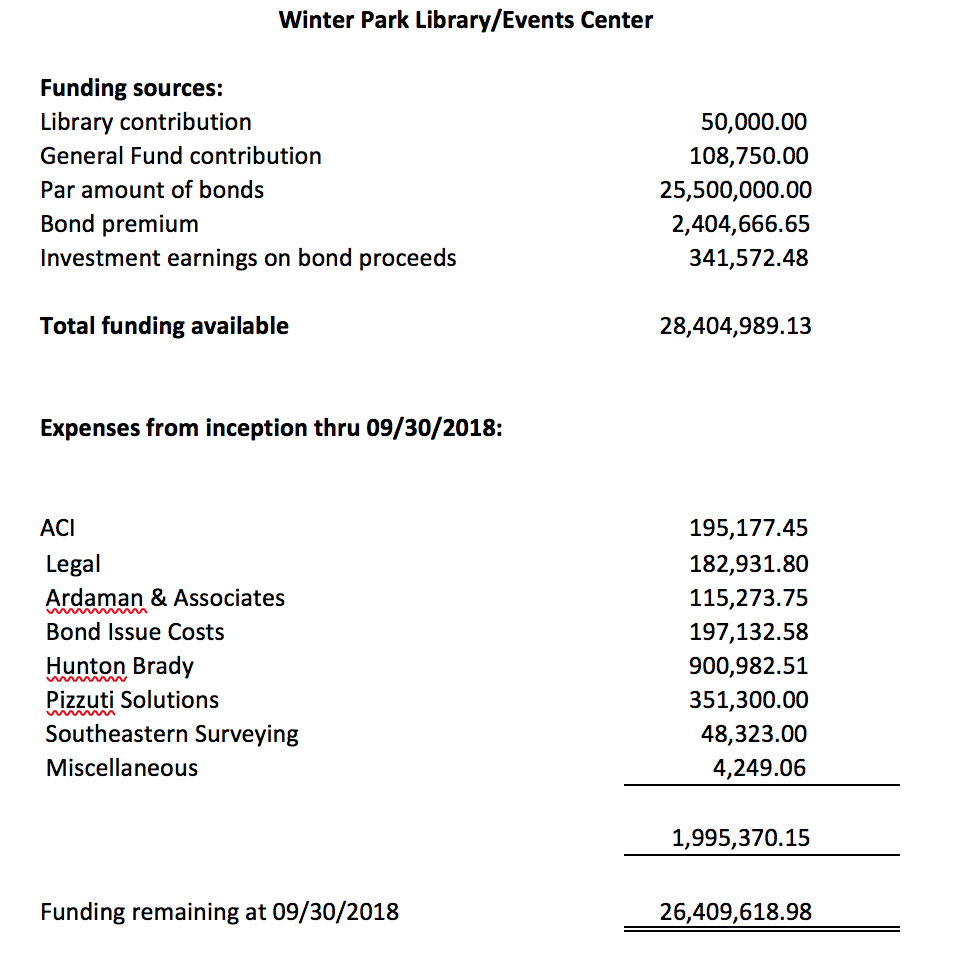 In a January 16 email to the Voice, City Manager Knight sent the most current figures available at that date which, he cautioned, are nowhere near final. “At the stage this spreadsheet was developed the base project would be 12.5 percent above budget,” he wrote. The “base project” he refers to is the library-event center without a single one of the add alternates – including the porte cochere at the entrance.

“Once the design team has managed to bring the cost of the base project to within budget,” wrote Knight, “we will present the Commission a list of add alternates that we think they may wish to consider along with potential ways to fund those alternates.”

Project Status – Only the Numbers Will Change

While Knight’s numbers will definitely change, the information he provided presents a good picture of the shape of the project and where each element now stands. 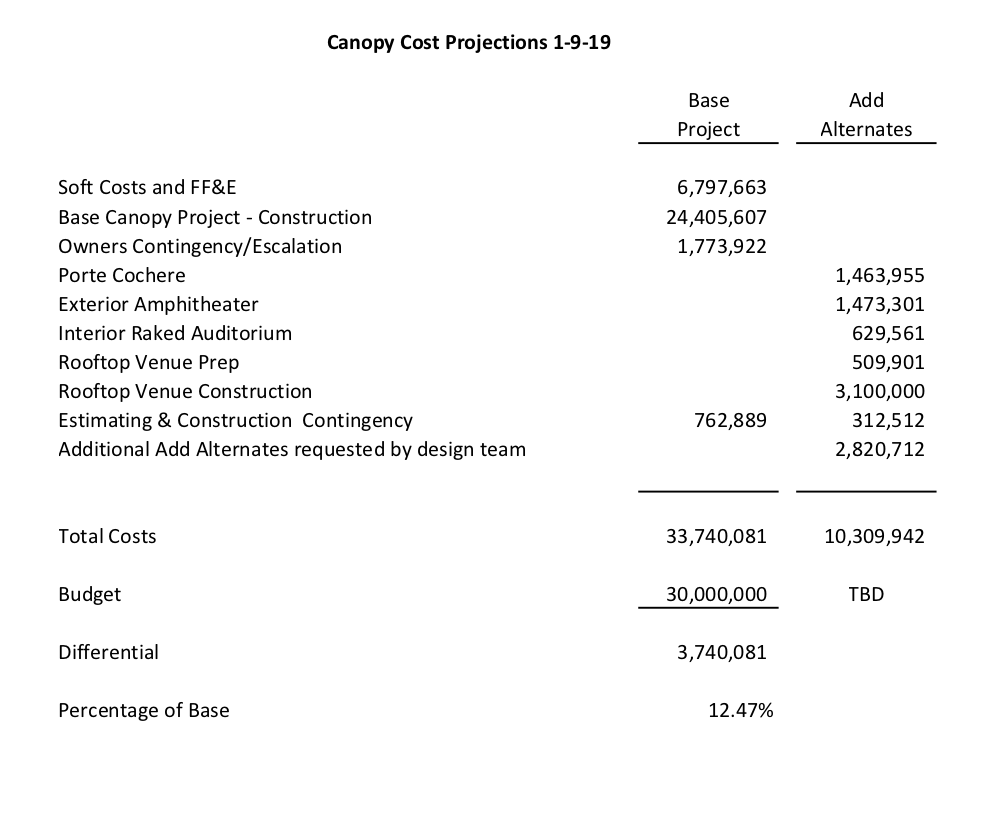 From these numbers, it would appear the original $30M budget, which was supposed to include a comfortable cushion, barely covers two of the three items on the March 15, 2016 ballot, which called for a library, events center and associated parking structure.

The associated parking structure has morphed into expanded surface parking on and around MLK Park. The library has gone from 50,000 square feet to a little over 34,000 square feet. The event center will be slightly larger than the current Civic Center, estimated at 12,600 square feet.

The enhancements envisioned for the project, such as the porte cochere at the entrance, the exterior amphitheater, the interior raked auditorium and the rooftop venue stand to shoot the budget into the stratosphere, adding between $10 and $14 Million to the cost of a $30 Million project.

To bring this Canopy dream to fruition will take some serious compromise and fundraising of mythic proportion.