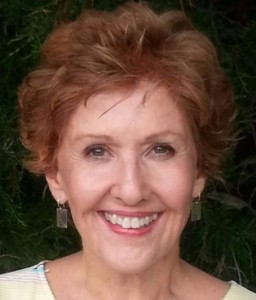 A snug row of four large homes soon will occupy what is now a vacant, tree-shaded lot on Pennsylvania Avenue. Lot frontages will average 60 feet, instead of the 75- to 85-foot minimum called for in city laws.

A majority of city commissioners at the September 28 meeting had no problem with that tight squeeze. They ignored city planners’ recommendation to deny the request and snubbed a formula that staff has used for some 30 years to come up with such positions.

Instead, commissioners agreed with their planning and zoning board’s unanimous recommendation for approval. The site’s location at the edge of a neighborhood and enthusiastic support from four nearby homeowners appeared to have swayed the advisory board more than the city’s subdivision rules, its comprehensive plan and staff’s opinion. The homeowners, who earlier had written almost identical letters of support, told the city commission they were glad to see the lot finally developed. No one spoke in opposition.

The .87-acre lot north of Tantum Avenue, owned by the Morse Genius Foundation, is more than big enough for three residential lots, but the request sought several exceptions to the rules. The applicant wanted to create room for four homes, each about 3,500-square-feet in size, to be marketed to empty nesters. Besides the narrower lots, the applicant sought a rear setback of ten feet instead of the required 15 feet to allow rear access. Rebecca Wilson, an attorney representing the applicant, noted the mixed zoning south of the site, including an industrial building, denser residential lots and the city golf course. She argued that nearby homes on Beloit Avenue had rear access and frontages less than 60 feet.

City planners said they had no choice but to recommend denial, even though by one measure the new lots exceed zoning requirements. (They will range from 9,191 to 9,985 square feet, compared to the code minimum of 8,500 square feet.) The frontages, however, would be too small by any measure, staff said. The zoning code requires 75-foot frontages in R1A areas and 85 feet for corner lots. Both the code and the comprehensive plan say a lot split should create lots consistent with homes within 500 feet.

Using a formula in practice since the mid-1980s, Planning Manager Jeff Briggs checked how well the proposal meshed with neighboring residential lots. He found a large majority of those frontages were at least 75 feet wide. The average was 69.7 feet; the median was 75 feet. Expanding the radius to include 91 homes produced similar results.

The only way for the city to approve such a deviation was through a zoning variance, said planning Director Dori Stone. “It’s not staff’s job to ask for approval of variances. It’s our job to recommend enforcement of code regulations.”

Mayor Steve Leary and Commissioners Sarah Sprinkel and Tom McMacken voted for the request, with the condition that the houses vary in appearance. Commissioners Carolyn Cooper and Greg Seidel opposed it. Concerned about large oaks on the site that might be specimen trees, Seidel asked for a tree survey, but staff said code didn’t require it. McMacken said he didn’t agree with those tree rules, “but it’s the code.”