If so, where shall we put it? 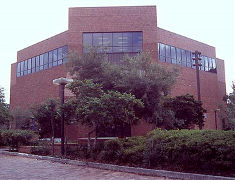 Next month, the Library Task Force, which has been in existence since June 2014, will present their findings to the Commission and leave it to the City and its citizens to determine the answer to these questions.The Library Task Force will “sunset” out of existence in what Commissioner Tom McMacken called “the end of the beginning. ”

Relocating the library is not a new concept. The current location is the fourth in the library’s history. The original library was founded in 1885 on the porch of the Lamson House at 503 Interlachen. In 1886, it moved to an enclosed building owned by the Winter Park Co. In 1902, it moved again to a new one-room building, which was expanded in the 1930s when the city was persuaded to provide free electricity. At that time, the library went from being more or less a private club to being a true public library. (Indoor plumbing would follow.)

That library outgrew its home and, in 1976, the city acquired the current library site on New England Avenue. After 20 years, in 1995, a third floor was added and floors one and two were remodeled.

Another 20 years has elapsed. Once again, growth and demand for services have exerted pressure on the current library. Last year, the City Commission decided it was time to explore alternatives. They assembled a nine-member Library Task Force, which came together in June 2014 in the service of our city.

Their task:  to make recommendations regarding the need, location, costs and funding strategies for a new or remodeled library facility.

Individually, the Task Force members span the political spectrum, and most say they came to the Task Force as skeptics, with preconceived notions about whether Winter Park even needs a new library.

As a group, however, they are united in their sincerity, diligence and sense of purpose —  proof that a diverse group of citizens can work together effectively for the greater good of the community. For six months, they have listened to experts, reviewed library trends, examined site plans, toured other libraries, both in Florida and as far afield as Cedar Rapids, IA and Little Rock, AR. They have held 30 public Task Force meetings, hosted five public forums, presented at two Commission workshops and at the December 8, 2014, regular Commission meeting. A full account of their activity can be found at www.wppl.org.

ISO the Library of the Future

The Task Force has found the current library no longer keeps pace with the needs of the community, either for space or for technology — not surprising if you recall that in 1976, when the library was built, computers still used punch cards.

Technologies have emerged over the past two decades that have had a profound effect on our lifestyle, economy and community. For citizens and businesses alike, the library of the future may be the only affordable source for artificial intelligence and the confluence of maturing technologies and social applications.

The Printed Word is Here to Stay

Then why do we need shelf space when everything is moving to the internet?

In reality, only about 12 percent of all books published have been digitized. People will continue to rely on the printed word – and not just older people. Studies show that between 60 and 75 percent of young people, aged 16 to 24, prefer print books over e-books. Child development experts strongly recommend that print books be used to teach early literacy skills.

The existing building predates the current City Code. Library Executive Director Shawn Shaffer explains, “If we touch the building,we have to bring it up to code.”

Currently, parking is deficient by 33 spaces. Stack widths are too narrow to meet Americans with Disabilities Act (ADA) standards. The current building cannot meet the electrical needs of today’s technology, and because of the way it was constructed, it cannot be rewired.The library’s only elevator is too small to accommodate a gurney with a patient on it, a situation that has required first responders to carry a patient down the stairs in a life-or-death situation.

Dec, 2014: Commission Says,‘Not So Fast!’
On December 8, 2014, the Task Force brought their initial163-page report to the Commission in the reasonable belief that they had fulfilled their mission. They recommended either building a new library on the Post Office site on New York Avenue or demolishing and rebuilding the library in its current location. Rebuilding on the current site, however, was too expensive, and the city had failed to reach an agreement with the U.S. Postal Service to acquire the Post Office site.

The Commission congratulated the Task Force on a job well done and sent them back to the drawing board. After more miles of travel and more hours of meetings, they are now preparing to present their revised recommendations to the Commission June 22.

Will the City Relinquish Two Acres of Parkland to Relocate the Library?

The alternative sites studied by the Library Task Force are all on land now owned by the city. They include the current site on New England Ave., a site adjacent to City Hall, and the Rachel Murrah Civic Center site. Task Force members seem to favor the Civic Center site, but suggest leaving the Civic Center as it is. Instead, they suggest building the new library at the east end of that block in Martin Luther King, Jr., Park (MLK Park), at the corner of Morse and Denning.

They plan to recommend a 50,000-square-foot, two-story building with a wide porch featuring ceiling fans and indoor-outdoor reading spaces. If it’s sited in MLK Park, the porch will overlook a reconfigured lake. There will be glass, natural light and flexible spaces. The walls will move – literally.

Library Site Could Be a Hard Sell
It is not unusual for libraries to be located in municipal parks,but there is opposition to the MLK Park location. Michael Poole, chairman of the Keep Winter Park Beautiful and Sustainable Advisory Board, said at a Public Forum held April 28, “If I were to rate that site on a scale of one to ten, it would be a fifty!”

In an April 13, 2015, memorandum to Jeffry Jontz and David Torre of the Board of Library Trustees, Poole wrote, “I believe you need to quickly demonstrate the ‘Need.”Poole charged them to, “Explain how each increase in space is needed, will meet an unmet need, and how the required space was determined. CLICK HERE for the text of the entire memorandum.

Comments during the April 28 Forum indicated concern that if MLK Park is recommended as a possible library site, the park would be eliminated. Task Force member Daniel Butts explained that MLK Park includes approximately 27 acres of playing fields, lake and open parkland. The library, he said, would occupy just over two acres, leaving the rest of the park intact.

Commissioner Carolyn Cooper also opposes the loss of green space and worries that the building will block pedestrians’ and motorists’ view of the park. She said she was concerned that relocating the library would necessitate selling the current library site in order to pay for new construction, and she does not favor selling any land in the downtown core that now belongs to the city.

Commissioner Tom McMacken said he is looking forward to reading the full report. “This is only the beginning of the process,” said McMacken. “More research and discussion need to happen before we can put this on a ballot,” he said. “The [Board of Library Trustees] has a big job to do, to make sure everyone is fully informed and in agreement. The Commission can put the question on a ballot for people to decide, but the Commission is only a conduit between the Library and the citizens. Ultimately, the citizens must decide.”