Does the Comp Plan Reflect Your Vision of Winter Park?

Does the Comp Plan Reflect Your Vision of Winter Park? 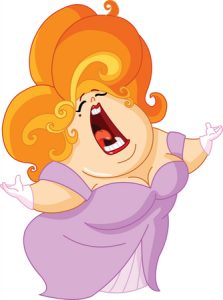 After months of visioning, advisory board meetings, focus groups, public input meetings, commission meetings, hundreds of thousands of words written on thousands of reams of paper — the Commission will take a final vote on the City’s Comprehensive Growth Management Plan (Comp Plan).

Monday’s vote will be the culmination of a months-long effort to gaze into the crystal ball of Winter Park’s future.

The process began by defining a Vision. When Winter Parkers were asked what was most important to them, two dominant themes emerged. People said they cherished the “History and Heritage” of their City, and they wanted to preserve our “Village Ambience and Small Town Feel.”

The June 2016 Visioning Report issued by the City states: “Our Vision Plan is . . . long-term, aspirational, and flexible, serving as a framework into which other plans can fit, including the Comprehensive Plan.”

As the Visioning process wound down last summer, City staff and elected officials turned their attention to putting the Vision into concrete terms. Months of hard work have produced a lengthy and complicated document. The number of people able to wrap their heads around the whole thing probably can be tabulated on your fingers alone – no need for toes.

Comp Plan Belongs to All of Us

Is it a perfect document? No, but this is Earth – where things aren’t perfect. The level of engagement of City staff, elected officials and citizens has been nothing short of extraordinary. Few documents rise to this level of effort and dedication.

Is it Over? Should You Remain Engaged?

Our Comp Plan is a living document. While it is legally enforceable, it is not written on stone tablets – and, as with everything that happens in this City, there is always room for discussion. So, yes, continuing engagement should be a consideration for all of us.

Two features have been eliminated from the revised Comp Plan that may still warrant discussion, even at this late date. One is more abstract, the other quite concrete.

The more abstract element that was taken out of this revision is the commitment to maintaining our “village character.” The wording has been changed to “maintaining our traditional scale.”

Semantics? Yes. However, try this.

Close your eyes and try to conjure an image of “traditional scale.”

Now, do the same thing – but this time, evoke in your mind’s eye the image of “village character.” There is a difference.

Why eliminate this proscription? Does Winter Park need the equivalent of one Winter Park Village Publix plus a really big McMansion worth of retail space under one roof?

The biggest reveal is the use of a previously untried planning tool known as the “Mixed Use Overlay” to create a Medical Arts District near the Winter Park Hospital campus. The area will include medical, wellness and associated businesses, as well as residential facilities for assisted living, memory care and dedicated workforce housing for medical service employees.
Click here and scroll down to Line 40 for a description of the planned Medical Arts District.

The mixed use overlay is a planning tool that has been used by other cities, but has never found its way into Winter Park’s tool kit. According to the Comp Plan revision, “Within one year from the adoption . . . the City will create a mixed use overlay for commercially designated parcels . . . .”
Exactly what this overlay might entail for us would be the end-product of a year-long process of creating Winter Park’s version of the tool. Which is to say, plenty of discussion is likely to occur before this becomes a reality. So stay tuned.

Click here and go to Line 46 for a more thorough explanation of the Mixed Use Overlay.

Should You Attend Monday’s Commission Meeting?

Many have argued that the key to Winter Park’s value as a community is the quality of citizen engagement. Monday’s agenda is a full one. The Agenda Packet is more than 700 pages long. There will be things you won’t want to miss.