A City In Search of a Unified Parks Plan 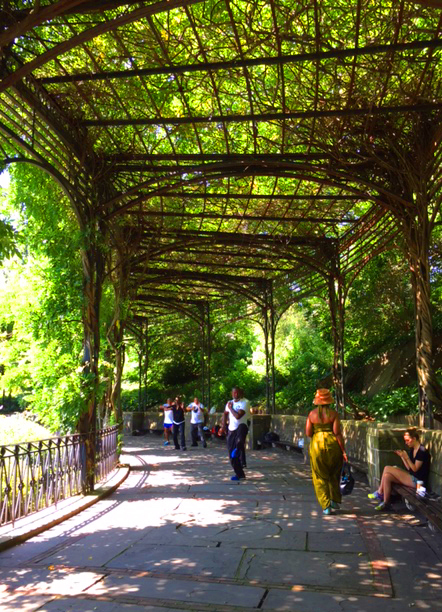 Among the drawers, shelves and stacks of notebooks, leaflets and books storing visions, plans and master plans sits the Winter Park Parks & Recreation Master Plan. As that plan nears the age of 10 – it was last updated in 2008 — Commissioners, staff and citizens have concluded the time has come to give it some much-needed attention.

Many of the national statistics used to support the 2008 plan date from 1999. In 2008, Geographic Information Systems (GIS), upon which we now base much of our data, did not exist. According to GIS data, since 2008 the City has added 50 acres of parkland – some of it under water, but most of it visible to the naked eye.

In addition, some significant developments have occurred in the past 10 years that do not appear in the 2008 plan – projects in Mead Botanical Garden and plans for the new library-event center in MLK Park, for example.

Solid reasons exist to resuscitate the plan. Both the City’s Comprehensive Plan and the Vision Plan require the City have a current Parks & Recreation Master Plan. Actually, Comp Plan Policy 6-2.5.4 states the plan should be updated every five years. Second, the City must have a current Parks & Recreation Master Plan in order to retain accreditation under the Commission for Accreditation of Park and Recreation Agencies (CAPRA).

There’s Talk, but No Action Yet

Toward that end, the Commission took up the question of updating the Parks & Recreation Master Plan at their August 28 meeting, with the stipulation that they intended to take no action at that meeting.

At the outset, it’s important to know three factors which could stand in the way of a speedy conclusion to this effort. First, with the recent retirement of former Parks & Recreation Director John Holland, no Parks & Rec director is in place to guide the update process. According to City Manager Randy Knight, the search for a new director has not yet begun.

As of August 28, there is no money in the FY 2018 budget for a plan update, although that could change. Finally, the scope of work is vague and the proposed schedule, which exceeds 12 months, is not set to commence until March 2018.

What Do We Know About WP Parks?

According to the 2016 Comprehensive Plan, Winter Park boasts 346 acres of publicly owned park, open space and conservation lands. There is no distinction between active park space, for instance the Farmer’s Market and Azalea Lane tennis courts, and passive green space like Central Park or Mead Botanical Garden.

Of the 346 total acres, 27.58 acres comprise 36 ‘mini-parks.’ Some mini-parks provide peaceful sightlines onto small gardens or lakes, while others are little more than a park bench in a roadway median.

In addition to the existing inventory, the City is in the process of purchasing 55.57 acres of conservation land along the Howell Creek Basin. The properties were appraised at $166,000. The agreed-upon purchase price plus commissions will come to $304,500. Approximately half this amount will come from a grant from the State of Florida. The remainder will likely come from the Parks Impact Fee Fund, which currently has a balance of more than $1 million.

Maitland Gets a Piece of the Park

According to minutes of the August 14, 2017 Commission meeting, staff plans “to work with the City of Maitland on a joint planning agreement to transfer the one piece of property that is in their city limits and adjacent to our park into [Winter Park] city limits and to transfer ownership of the other parcel to Maitland.”

Once this wetlands area has been reclaimed, invasive plants will be replaced with native species. The City plans to create a recreation area that will feature boardwalks, nature trails and a kayaking “blue way.”

Questions Remain — How Do We Anticipate Future Costs of Park Ownership?

Parks & Recreation accounts for approximately 15 percent of the City’s budget. To date, more money has been devoted to parks acquisition. As our parks age, however, the lifecycle costs of ownership and maintenance increases. Is the City prepared to create a Parks & Recreation Master Plan that accurately reflects these costs so we can anticipate out-year budget requirements – and budget for them?

How to Develop Connectivity Between the Park Spaces? 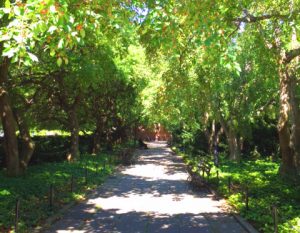 In their August 28 report to the Commission, staff highlighted the need for connectivity between our existing parks and green space. Their recommendation was endorsed by Commissioner Greg Seidel, who cited the need to weave in GIS data points to evaluate feasibility and to accelerate the connectivity portion of the Parks & Recreation Master Plan.

Should We Distinguish Passive Park vs. Active Park?

As urban sprawl presses on our borders, our active parks and passive green space frequently find themselves in the same footprint and in direct competition with one another. The resulting frustration for any visitor is that neither the active nor the passive functions can be adequately realized.

Elected officials, City staff and Winter Park residents are embarking on a difficult task – one that will take time to complete. In the meantime, Winter Park resident Charley Williams offered the following thoughts that might form a context and a way to think about these issues. In this spirit, we share his musings with you.

Leash your dog
Take your bike for a walk.
Enjoy the garden.
Leave the flowers on their stalks.

Take a deep breath
. . . .and take one again.
Smell the dirt and
The scent of the air after the rain.

Sit on a bench, relax, listen.
Remove your sunglasses.
Feel the shade.
Close your eyes – smile, feel your thoughts fade.

Watch the clouds.
Enjoy the sunset.
What bird call was that?
Are the owls waking up?

Come tonight for a meteor shower.
Bring your blanket to lie on.
Feel our natural rhythms
In the low light of our park after dark.

Charley Williams has lived in Winter Park and Central Florida for over 25 years. When it comes to sports and rec, he’s proud to say he still has good knees.