Won’t Take No for an Answer 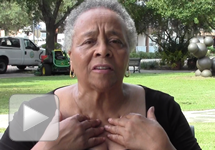 At the October 24 Commission Meeting, Winter Park learned (if it didn’t know already) that Martha Bryant Hall is a force to be reckoned with. Since early summer, Mrs. Hall has sought to have the home she shared with her late husband, the Reverend Jerry Hall, placed on the Winter Park Register of Historic Places.

A Staff Report prepared by City Planning Manager Jeff Briggs for the July 13 meeting of the Historic Preservation Board (HPB) recommended in favor of listing the Hall house at 331 Lyman Avenue. Mrs. Hall’s application was based on the age of the home – 58 years – and the significant contributions to the community of Reverend Jerry Hall. 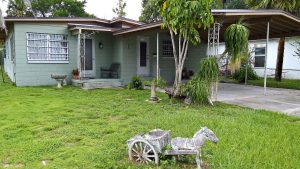 The minutes of the HPB meeting show that Mrs. Hall’s application was “continued,” however, and would not be heard at the July 13 meeting.

What the Ordinance Said At the Time

At the time of Ms. Hall’s application, the Historic Preservation Ordinance, No. 3024-15, stated, “The eligibility of any potential historic landmark, resource or district shall be supported by meeting applicable (sic) criteria based upon the National Register of Historic Places guidelines criteria (sic) for evaluation at the local, state or national level.”

(1) A quality of significance in American history, architecture, archeology, engineering, and culture is present in districts, sites, buildings, structures, and objects that possess integrity of location, design, setting, materials, workmanship, feeling, and associations; and

Five additional criteria follow which are not applicable in this case.

Then City Staff Recommends Against

Mrs. Hall’s request came to the HPB again on August 24, with a staff recommendation that the home at 331 Lyman Ave. not be placed on the Winter Park Register of Historic Places. The report, prepared by City Planning Director Dori Stone, stated the home had no architectural significance and that Reverend Hall had not been dead long enough.

“While Reverend Hall was an important figure to the community, he passed away in 2008,” Stone wrote in the report. “It is still too early to know how his legacy and contributions to the city, especially in the Hannibal Square area, will be determined.”

When Hannibal Square resident Mary Daniels rose to ask HPB members whether they knew of any document that stated a person had to be dead a certain length of time to be considered significant, she was told they did not.

Ordinance Was Under Review

The Historic Preservation ordinance was undergoing review at the time of the August meeting. It had been the widest plank in the campaign platform of Commissioner Peter Weldon, who had vowed to revise the ordinance if he were elected, which he was.

On October 24, Mrs. Hall requested the City Commission reconsider her case and overturn HPB’s denial of her request for historic designation. Mrs. Hall and those who spoke on her behalf elicited a range of responses from the Mayor and Commissioners.

Sprinkel: “It’s the Merits of the Man, Not the House.”

Weldon: “This Sets a Precedent that Will Be Difficult for Us.”

Seidel: “I Just Want to Apologize That You’re Even Here.”

Leary: “I Have Trouble Supporting This because of the Experts’ Opinions.”

The Commission voted 3 to 2 to approve Mrs. Hall’s request to place the home at 331 W. Lyman Ave. on the Winter Park Register of Historic Places.