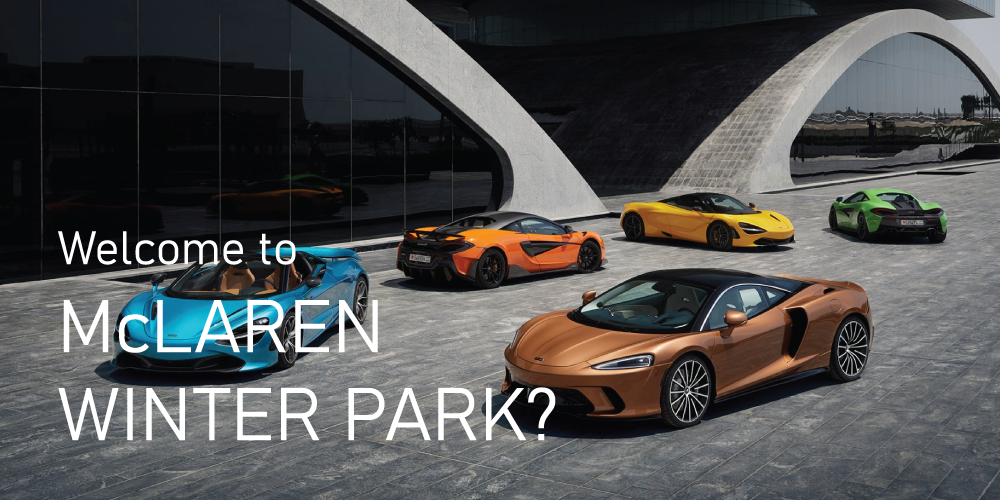 What types of businesses would you like to see in Winter Park? Innovative? Elegant? Exotic?

McLaren Orlando LLC is seeking permission to open a dealership at the former Orchard Supply store on 17-92 and Orange Ave., which has been vacant since Orchard Supply closed their stores about two years ago.

For those unfamiliar with McLaren cars, they are hand-made in Surrey, England, and have a long racing history. McLaren cars are extremely high end and rare; there are only 21 McLaren dealerships in the United States. Fewer than 1,500 cars per year are sold here – at prices that range from $300,000 ‑ $500,000 per car, with some rare older models bringing over a million dollars. McLaren is looking to convert the empty Orchard Supply building into a luxury car boutique. They intend to enhance the look of the building and increase the green space around it.

There has been concern about the McLaren dealership going into that space. Neighbors worry about cars racing the streets during test drives, and they don’t want the extra traffic a dealership might bring.

A prospective buyer has to jump through a series of hoops to even test drive a McLaren. Test drives are by appointment only and are granted on a very limited basis. Potential buyers must go through an application process before they are awarded an appointment to test drive a car. Test drivers will be accompanied by a sales rep and will be required to observe all local and city laws and speed limits.

A McLaren dealership would not bring the extra traffic a normal car dealership would attract. The number of employees on site would range from 10 to12 – far fewer employees than the garden supply store the building originally housed. While the facility will service existing McLarens, only two to three cars can be serviced on a given day.

The total number of cars on site would be 20 or fewer, with most of those being on display in a showroom. None of the cars will be outside. Rather than being shipped by big 18-wheelers, the McLarens will arrive one at a time in an enclosed single-vehicle transport. No big trucks will be clogging up the streets or making excessive noise.

The City should be selective about what goes here, but it should not turn away a business that will enhance Winter Park. Since McLaren is not a conventional car dealership, it will cause less congestion and will be more attractive than other businesses such as a fast food restaurant, strip mall or storage units, all of which have been considered for this site. To have McLaren select Winter Park for this facility is an honor, and with the property improvements McLaren is planning to make, their car boutique will only add to the beauty and charm of our city.

EDITOR’S NOTE: McLaren Orlando LLC came before the Planning & Zoning Board on December 1, 2020, to request a Zoning Code text change to establish a new Conditional Use and definition for ‘Specialty Transportation Business,’ which they would use to put a McLaren auto dealership at the former Orchard Supply store on 17-92 and Miller Ave.

Because the original Orchard Supply store was permitted with a “warehouse” designation, it lacks the necessary parking capacity for either retail or office and, as a result, has remained vacant since it closed two years ago.

Both City staff and the Planning & Zoning Board have recommended denial of McLaren’s application to put their dealership in that location. The Comprehensive Plan specifically restricts any type of automotive business to locations north of Webster Ave., west of Denning Drive, East of Bennett and on the west side of Wymore north of Lee Road.

Winter Park does have its car enthusiasts, however, and one gentleman who would love to see a McLaren dealership go in where Orchard Supply used to be reached out to the Voice (see above).

Even though both the City and P&Z recommended denial of McLaren’s application, according to McLaren’s attorney Mary Solik, McLaren will proceed to submit their application to the City Commission at the January 13, 2021 meeting.