In Answer to ‘A Letter to Winter Park Residents’

In Answer to ‘A Letter to Winter Park Residents’ 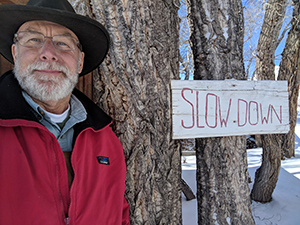 Peter Weldon, a former Commissioner, recently wrote to “fellow Winter Park Residents” outlining his opposition to Phil Anderson’s candidacy for Mayor.  Mr. Weldon, as many of you know, ran for City Commission three times. He was elected to one term 2016-2019. He lost in 2008 to Phil Anderson, and again in 2019 to Todd Weaver.

In his recent letter, Mr. Weldon seeks to lay what he sees as the current Commission’s shortcomings at Phil Anderson’s door and to question Anderson’s character in the process. These questionable arguments deserve closer examination.

First, Weldon claims, “the actions of Commission members Weaver, Sullivan and DeCiccio bring Phil Anderson’s judgment into question.” If you think about that even for a minute, you’ll realize it’s a bit of a stretch.

Mr. Weldon wants you to believe that the current Commission . . .

MISLEADING:  Absolutely no laws were violated. In fact, the judge recently granted the City’s motion to dismiss the Orange Avenue Overlay developers’ lawsuits against the City.

MISLEADING:  This statement is very misleading.  Professional planning input has been provided at every step through contracts to professional architectural and engineering firms; in addition, many professionals have donated their time, free of cost, to advise the Commissioners during their many work sessions.

MISLEADING: This is again misleading. First, there was no attempt to ‘hide’ the expense, it was openly discussed and had the support of Mayor Leary. The funds the current commission plans to borrow will be replenished with funds made available from soon-to-be retired bonds for the Public Safety Building. There is some irony in the fact that Weldon supports a mayoral candidate who gave $1million of taxpayer money to the Dr. Phillips Center for the Arts as a “donation.”  No other City in central Florida, except the center’s home city of Orlando, gave a penny.

TRUE: The chicken ordinance was limited to 25 permits on a limited two-year trial basis.  So far, two permits have been granted, a third application is still pending, but as yet, we still have no chickens. As a self-proclaimed property rights guy, Mr. Weldon might have been expected to support such a measure. Backyard chickens are already approved in Orange County, Maitland and Orlando, and all three jurisdictions report no problems so far.

FALSE:  This regional planning initiative does not in any way affect our sovereignty. It is a Memorandum of Understanding with the East Central Florida Regional Planning Council. It requires no City funding, only cooperative planning efforts. Considering we have approximately 1,000 new residents coming into central Florida every week, why wouldn’t it be prudent to ask for regional planning assistance, especially if it is free?  Wouldn’t we want to be a part of the regional planning that directly affects our traffic, roads and water resources?

MISLEADING:  This from the same person who voted to sell City-owned land that was adjacent not only to Fairbanks Avenue but also to Martin Luther King Park.  We all know Fairbanks traffic needs improvement, and professional traffic engineering firms are actively assisting the current Commission in their planning efforts.