Winter Park Has Lost a Treasure 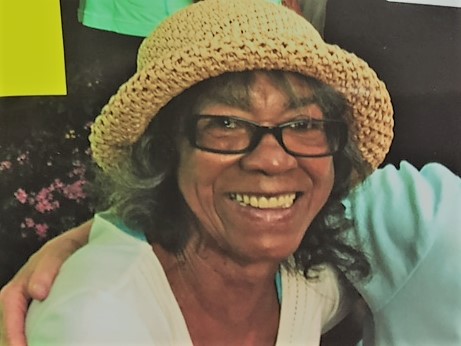 Winter Park lost one of its own when Lurline Daniels Fletcher passed away the night of Saturday, March 24, 2018. Ms. Fletcher, who died of natural causes, was surrounded by her family. She was 74.

Born October 4, 1943, to Hurley Daniels and Hattie Magee Daniels in Foxworth, Mississippi, Lurline moved with her family to Winter Park at the age of five. She was married to Robert Lloyd Fletcher, who died in 1978. She is survived by two sisters, Arzolia MacDonald and Hurley Mae Donaldson and a brother-in-law, James Donaldson. A step brother, Arthur Hall, predeceased her.

Lurline worked for many years at the Welbourne Avenue Nursery and Kindergarten as a teacher’s aide. She then attended nursing school, which she completed in the late 1970s, and subsequently went to work the Central Florida Kidney Center as a transporter.

Lurline was an active member of Mt. Moriah Missionary Baptist Church for more than 50 years. She loved to travel and particularly enjoyed cruises. She traveled to Hawaii and the Caribbean, among many other places. Lurline’s daughter Nanette said, “After her children were grown, her life consisted of helping others and traveling.”

Her children describe her as a wicked, exacting card player. “She loved to play cards,” said daughter Kem. “She always knew every card that had been played, and she never let us get away with anything.”

Most Winter Parkers will remember Lurline as a strong voice at City Hall, speaking out for the preservation of the character of Winter Park’s West Side. “Commission meetings will never be the same,” said Sally Flynn. “There never will be another Lurline Fletcher.”

Charley Williams observed that when Lurline was asked to quiet down, she just spoke louder. “I hope Winter Parkers will honor Lurline’s memory by always showing up, like she did,” said Williams, “wearing shades and their very best hat.”

Services will be held Monday, April 2, at 11:00 a.m. at Mt. Moriah Missionary Baptist Church at the corner of Pennsylvania and Lyman. The service will be conducted by Pastor Weaver Blondin. There will be a viewing at the church from 9:00 until 10:30 a.m. Lurline will be laid to rest at Washington Park Cemetery on Brewton Blvd. in Orlando. Tillman Funeral Home, 620 E. York St., Monticello FL 32344, is handling arrangements.

When asked for a word that described Lurline’s life, her children responded.
Kem: “Tenacity”
Nanette: “Family”
Vanallen: “Loving and caring”

Lurline’s legacy of civic engagement is as much a hallmark of Winter Park as are the live oaks that shelter the city she loved.