Candidates for Commission Seats #1 and #2 Introduce Themselves to You, the Voters

Winter Park is fortunate to have a full slate of candidates for Commission Seats #1 and #2 being vacated by Greg Seidel and Sarah Sprinkel, who have given so generously of their time and effort over the years. While these are large shoes to fill, the candidates seeking to step in bring a wealth of civic and professional experience and accomplishment. As voters, we owe a debt of gratitude to all six people – to Greg and Sarah for their service to our City, and to the four candidates for their commitment and willingness to serve. 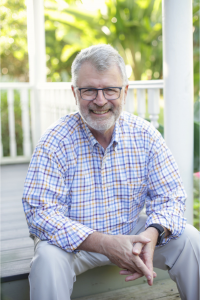 Jeffrey and Caroline Blydenburgh have lived in Winter Park since 1997. Over the years, Blydenburgh served the community in many capacities. He was Vice Chair of the 2016 Visioning Committee, Board President at Mead Botanical Garden, 2018-19 president of Rotary and board member of the Rollins College Winter Park Institute. He also served as Vice Chair of the Jobs Partnership, a local organization that helps the working poor in our community progress to family-sustainable employment.

Blydenburgh stated as his reason for running for City Commission, “This community has given so much to us. It was time to give back. I am at a time and place in my life that I can use my skills as architect and planner to bring a creative and inclusive approach to the city commission.”

Blydenburgh wrote that, if elected, he would seek to bring a culture of listening and respect to all aspects of Winter Park’s local government. “I think residents will find me to always have an open door,” he wrote, “and be willing to hear any resident’s viewpoint and make a good judgment on their behalf.”

Civility – “We may not always agree,” he wrote, “but Everyone in Winter Park deserves respect and deserves to be heard.”

Crime – “We can have no tolerance for crime of any kind in Winter Park. When I’m a City Commissioner, I’m going to ensure that law enforcement has the resources and tools they need to keep us safe.”

Traffic – “Traffic is washing over us in Winter Park. As an architect and designer, I bring a unique perspective to this issue.”

Growth – “My rule of thumb when it comes to growth and development is – does it protect or harm the unique charm of Winter Park? Is it good for our residents – all our residents?”

“We must improve pathways of communication with citizens for greater city government transparency.” 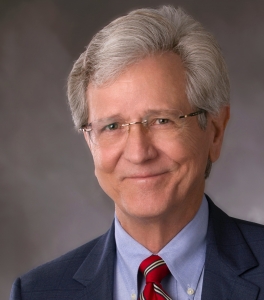 Marty Sullivan is a fifth-generation Floridian, a Navy veteran and an environmental and geotechnical engineer. He and his wife Maura Smith have lived in their historically designated Winter Park home for 33 years. As outdoor enthusiasts, they are keenly aware of the impact humans exert on fragile Florida ecosystems and of the need for each of us to take responsibility for safeguarding the environment that sustains us.

Sullivan has served on numerous city boards, including Lakes & Waterways, Orange County Public Works Advisory Board, and as chair of the Winter Park Utilities Advisory Board during the purchase of the utilities company in the early 2000s. From 2017 – 2019, he was Statewide Natural Resources Director for the League of Women Voters.

Sullivan’s campaign is built on four pillars of integrity, commitment, experience and tradition.

Of integrity, he wrote, “I am truly independent, with no obligation to any corporation, industry, company or special interest.” He continued, “I am committed to maintaining our quality of life by addressing scaled development, protecting park lands, and our transportation hierarchy of 1) pedestrians, 2) bicycles, 3) transit and 4) private vehicles.”

“I have experience serving on numerous boards at the state, county and city levels. My professional experience includes engineering in the fields of software development, geotechnical engineering and environmental engineering.”

Finally, “As a fifth generation Floridian, I understand the importance of preserving tradition and ensuring that Winter Park remains a premier historic village.”

“Our overarching challenge,” wrote Sullivan, “is to enhance our quality of life through City government transparency by improving our pathways of communication with our citizens.”

“We must confront the future with an openness that is welcoming, not exclusionary.” 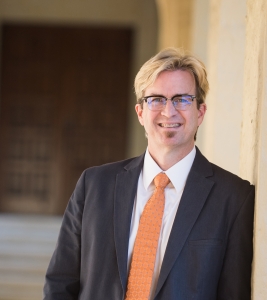 Carl Creasman and his wife Kim have lived in Winter Park for 26 years. Creasman’s life’s work has been in the non-profit sector, in religious institutions and in higher education. He joined the Valencia College faculty in 2002 as a history professor. In 2013, he was elected President of the Faculty Senate for the East Campus, and the following year he became College-wide Faculty Association President. He also chaired the Winter Park Parks & Recreation Advisory Board.

Creasman has a list of things he’d like to accomplish as Commissioner in Seat #2. Foremost among them is “demonstrating principled leadership based on values and virtue, which includes listening well to others.” He wrote that he plans to, “uncover and support ‘next best step’ solutions that are strategic in nature, not only pointing the city toward 2020, but to 2070 and onward.”

In a more practical vein, he said he would like to realize the following accomplishments, if he is elected.

Support and protect greenspace by investing in and expanding our parks.

Complete the refurbishment of MLK Park, first approved in 2017.

Create a city-owned transit system similar to that now on trial in Lake Nona.

Develop a master plan for the remaining years of the CRA that puts the focus on people.

“Within our city proper,” wrote Creasman, “the narrower set of questions [we face] starts with how to handle being one of the fastest growing regions in the country. Winter Park lies in the center of the region, and cars and people will continue to come.”

“Another question,” he continued, “would be whether Winter Park is taking its place as a regional leader . . . in addressing issues of public safety, of growing mental health issues and of equity in terms of accessible housing and appropriate pay for those who work in our city.”

“Finally,” he wrote, “. . . are we doing enough to protect the future charm of Winter Park, while maintaining codes and policies that will encourage businesses and entrepreneurs to flourish. If we stifle business and growth with overly restrictive rules, we risk harming our local economy.”

His kickoff party is tentatively set for January 15. Check the campaign website for time and location.

“We are the stewards for the next generation.”

Sheila DeCiccio is an attorney, civic leader, wife and mother. She and her husband Dan have lived in Winter Park for 37 years. After a stint as Assistant District Attorney in Boston, DeCiccio moved to Orlando, where she became the first woman partner in the law firm Lowndes, Drosdick, Doster, Kantor & Reed. She completed her career as business manager for the DeCiccio & Johnson law firm in Winter Park.

DeCiccio said she decided to run for office so that she could represent the residents when decisions are made at City Hall. “We are the stewards for the next generations,” she wrote, “and it’s up to us to protect our City.” She has recently retired from her legal career and is able to devote herself full-time to serving the interests of Winter Park residents.

If elected, DeCiccio pledges to advocate for wise development that is compatible with the charm and scale of Winter Park. She will work to ensure fiscal accountability and enhanced transparency within city government so residents know how and where city funds are being used. She will work to make sure the police and fire departments ae adequately staffed and funded – without raising taxes.

In answer to the question about what major questions Winter Park faces, DeCiccio describes comments and questions she has heard from citizens as she has walked neighborhoods and attended meet-and-greets. These citizen concerns will be her guide as a City Commissioner, she says.

Probably the greatest concern she hears about is traffic. Residents want to know what can be done to improve the traffic flow in Winter Park. Another question she hears is, does Winter Park really want to become a major tourist destination? “Residents don’t seem to share the current City leaders’ desire for more tourists in Winter Park,” she wrote.

Residents express their fears about over-development, and they wonder if their voices really are heard at City Hall, despite lip service assuring them. “They tell me that they often feel the Commissioners have already made up their minds before the public has had a chance to voice their concerns,” wrote DeCiccio. “If elected, I promise to listen to the residents and to make sure their voices are fully represented when we make decisions at City Hall.”