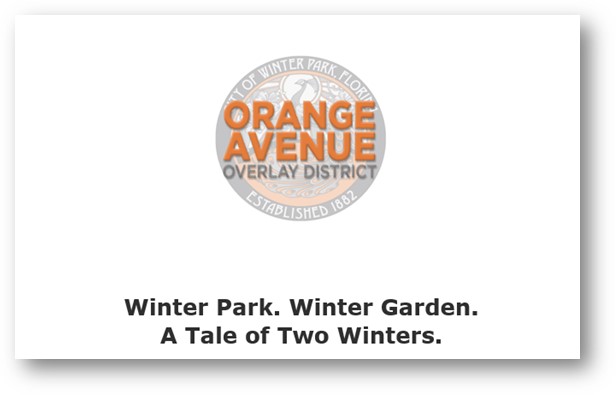 Winter Parkers who received an email titled “Winter Park, Winter Garden. A Tale of Two Winters,” bearing the Winter Park city seal superimposed by the words “Orange Avenue” and including the Notice of Public Hearing from the June 21 Orlando Sentinel were understandably mystified.

Readers Ask: Where Did This Come From? 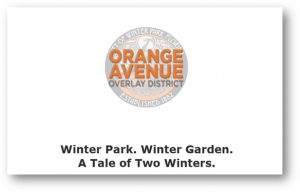 At first glance, the email appeared to have been sent by the City of Winter Park. However, the body of the email contained an unfavorable comparison of Winter Park to the city of Winter Garden. Adding to the confusion was a call to action toward the end of the text, urging recipients to contact the Mayor and Commissioners and to attend a public hearing July 7th.

Communications Director Clarissa Howard, who was not aware of the email until she received a query from the Voice, said she did not know who had sent it. She quickly looked into the matter and discovered the email had come from the Demetree Real Estate Services Constant Contact account. Demetree Real Estate is one of two large landholders within the Orange Avenue Overlay.

Howard fired off an email advising the sender, “Using this official city image in your messaging misrepresents your communication as information produced and distributed by the City of Winter Park.”

In her email, Howard cited city code, Section 2-4:  “As provided by law, the manufacture, use, display or other employment of any facsimile or reproduction of the municipal seal, except by municipal officials or employees in the performance of their official duties, without the express approval of the governing body is a second degree misdemeanor, punishable as provided in F.S. § 775.082 or 775.083, as the same may be amended. The city manager, or his designee, is delegated the authority to grant permission to others to use the seal.”

Howard’s email concluded, “Absent of our expressed approval, I respectfully ask that you refrain from using the city seal in any of your messaging tools. Please let me know if you have any questions. Thank you.”

Demetree company representatives did not respond to requests for comment.