A friendly reminder. Just a few steps away from the Progress Point site sits Martin Luther King, Jr. Park, which has been stripped of well over 20 percent of its natural green space to make way for the Library-Events Center.

You have a chance to even the score and sooth sore feelings by using Progress Point to restore to our community some of that lost passive green space. Yet, it’s beginning to sound like you plan turn it into some sort of Church Street Station retail-a-palooza.

The entire length of Orange Ave is already a retail zone, and half of Progress Point is already slated to become parking.

How about using what’s left for a park bench with shade trees, bike racks, yoga mats, a drinking fountain, and a pond or fountain? But, please, a park bench without a discarded paper taco tray sitting on it, without a half-full soft drink can underneath it and without a nearby trash can overflowing with IPA cans. And without canned music spilling from a food court. 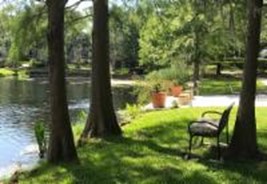 We do not need to be entertained 24/7. Parks, by definition, don’t need to be “activated.” What we need is the viewshed. What we need is some relative peace and quiet. We need to able to hear ourselves think. We would like to enjoy the natural light.

We have only one Progress Point. For the sake of the soul of our city and the souls who live here, honor it by keeping it green.

Please urge your designers to do better.

With appreciation for all you do.