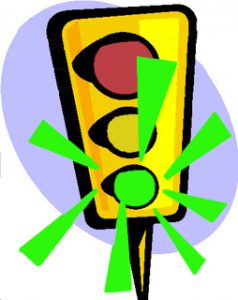 Commissioners voted Monday, Oct. 22, to approve the revised parking code proposed by the City Planning Department on the first reading. The second and final reading is scheduled for the November 12 meeting.

Code revisions apply specifically to the Central Business District (CBD) along the Park Avenue corridor, the New England Avenue commercial portion of the Hannibal Square neighborhood and the Orange Avenue corridor. The revised codes are the culmination of more than a year’s work by parking consultant Kimley-Horn.

Originally, the revised ordinance contained six elements. Before their discussion commenced, however, Commissioners excluded the element that would have created a fee-in-lieu of parking, whereby a property owner could pay for required parking within a city-owned parking facility without actually having to provide dedicated parking spaces at their property. This has the effect of leveling the playing field, eliminating any advantage wealthier developers might have over less wealthy ones.

Under the new ordinance, anyone converting retail or office space to restaurant use in any of these areas, including Park Avenue, must provide the increased parking required for restaurant use.

The ordinance would change the distance permitted for off-site parking from 300 feet to 750 feet. To walk 750 feet takes about five minutes.

The ordinance provides for the use of the Urban Land Institute’s Shared Parking analysis as a reference for determining when and how shared parking will be permitted.

The ordinance will include a “vesting provision,” so that anyone already in the process of designing a project who submits site plans and/or floor plans for City approval by the date of adoption of the ordinance can continue under the current parking code, provided they apply for a building permit by Dec. 31, 2018, and begin construction by March 1, 2019.