Parks & Rec Tells City: Land Should Not Be Sold

Parks & Rec Tells City: Land Should Not Be Sold 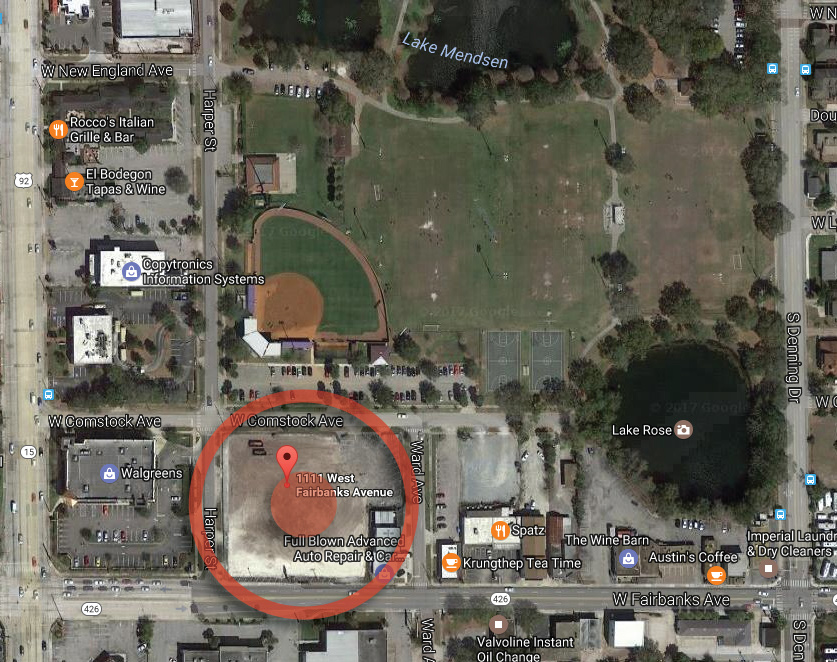 A May 30 letter from Parks & Recreation Advisory Board Chair Carl E. Creasman, who wrote on behalf of all the board members, makes an eloquent plea to the Mayor and Commissioners not to sell the bowling alley property at 1111 W. Fairbanks.

The letter states that the proposed sale of the property, which is adjacent to Martin Luther King, Jr. Park, came as a surprise to the Parks & Rec Board at their May 24 meeting.

“We write to you now to urge the City Commission to reopen this decision for review,” states the letter. “The MLK Master Planning process provides the perfect opportunity to determine the best usage of that land.”

The letter continued, “Even if the property were merely turned into expanded parking and beautification for the entrance to the city along Fairbanks, that would be a better use of the land than selling the property.”

Commissioner Peter Weldon responded to Creasman in a post on his Winter Park Perspective blog. In an apparent effort to reassure Creasman, Weldon wrote, “The vote to put the bowling alley up for sale is not the same as voting to sell the property.”

Weldon went on to explain, “The bowling alley was purchased from Rollins in 2016 based on being able to provide greater right of way on Fairbanks and, potentially, finding a use as incremental park space. In other words, the purchase decision was opportunistic, not strategic.”

Further discussion of the final disposition of this property will likely occur at the June 12 Commission Meeting. Stay tuned.