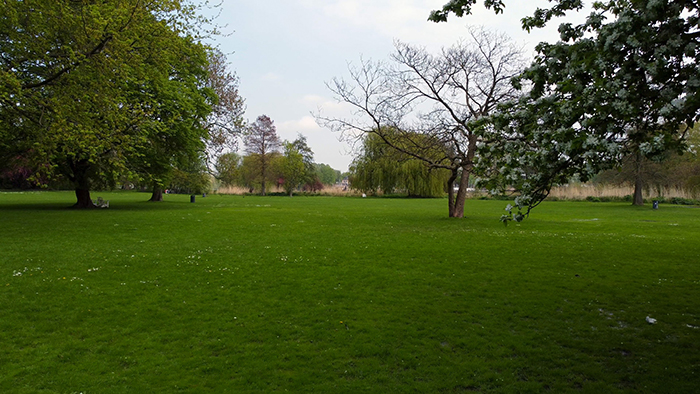 A unique alliance between the city and a local non-profit group could mean extra money for city parks.

In a deal thought to be a first for Winter Park, the city and the Winter Park Land Trust have agreed to share the cost of hiring a grant writer focused exclusively on pursuing parks funding. The city and the non-profit each will contribute up to $30,000 a year toward the position.

City commissioners unanimously approved the alliance at their last meeting.

“It’s kind of a historic thing,” said Steve Goldman, chair of the Land Trust’s board. Formed in 2018, the Winter Park Land Trust is an independent 501c3 dedicated to making sure the city has sufficient parks and open spaces. Like other public land trusts, it seeks to identify, acquire and preserve land for the benefit of the public. The United States has more than 1,200 of such organizations, but relatively few are in Florida.

Grant writers not only research the availability of funding from a variety of sources, but also write grant applications.

Under the agreement, the city and Land Trust will identify properties they both agree would be worthwhile to add to the city’s green space or to improve for better public use. That list will serve as a foundation for the grant writer’s research. The grant writer must have the city manager’s and Land Trust chair’s approval before applying for any grant.

At their meeting, several city commissioners stressed that for this alliance to work, good communication about the city’s priorities will be essential. Goldman agreed on the need for mutual consensus. “The city and the Trust have to come to agreement on each individual project.”

Grants for parks can come from a wide variety of sources. For example, Goldman said, “there’s a lot of federal money available for stormwater and transportation” that could also benefit parks. Several commissioners made that same point at their meeting. Commissioner Todd Weaver noted that the city of Orlando received grants for its Dubsdread Golf Course from the Florida Department of Transportation because the course’s improved ponds now serve as stormwater retention for the expanded Interstate 4.

Commissioner Marty Sullivan later expressed similar optimism. “This is a new kind of venture. City staff has worked on this and the city commission has looked at it and said, Yeah, let’s do it. I think there’s lots of county, state and federal opportunities” for money for green space improvements.