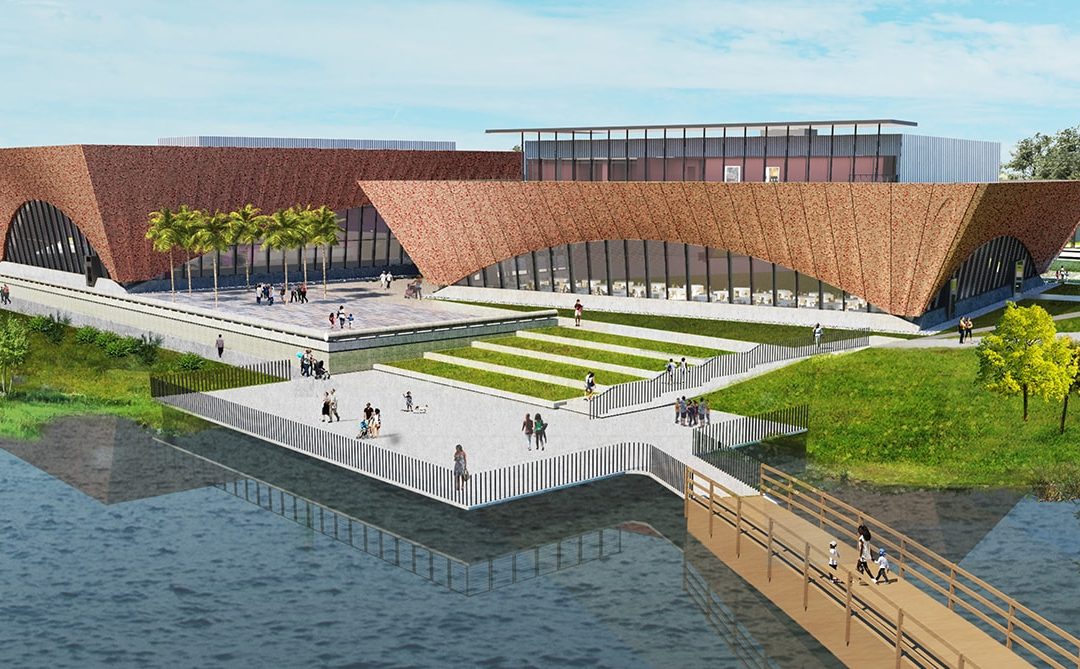 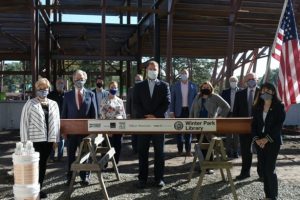 A group of 50 or so dignitaries gathered this morning, October 30, to celebrate the ‘topping out’ of the Winter Park Library & Events Center. This important milestone – the signing and hoisting of the final roofbeam — signifies that the structural skeleton of the building is now complete. Representatives of the Winter Park Public Library, the construction and the architectural firms and major donors joined the Mayor and Commissioners to place their signatures on the beam.

The signing and hoisting of a roofbeam is an ancient practice dating back thousands of years. Some describe origins from pre-medieval Scandinavian cultures, some refer to native American practices, and still others hark back to 2700 BC Egypt. The ceremony marks the completion of the building’s skeleton, and the beam is symbolic of the upper-most piece going into place as the building reaches its full height. 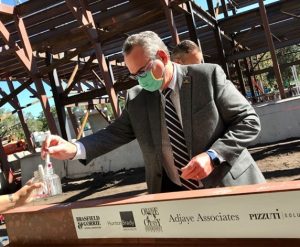 David Odahowski, President & CEO of the Edyth Bush Charitable Foundation, a major donor to the Library-Events Center, affixes his signature to the beam.

Via Skype, design architect Sir David Adjaye said to the assembled crowd, “Today’s topping out ceremony represents a huge milestone in the completion of the Winter Park Library & Events Center. The power of this project is that it represents another prototype, another version of what the library has evolved into – the library as a campus of knowledge. Once completed, the new complex will bring together knowledge and community facilities to make a village, a hamlet of knowledge.”

“The new Library & Events Center in Martin Luther King, Jr. Park, will not only activate reading, imagination and creativity,” said Winter Park Public Library Board of Trustees President Lawrence Lyman, “it will be transformative for our community. . . . I couldn’t be more thrilled that the library’s vision has been brought to life by such a masterful architect.” 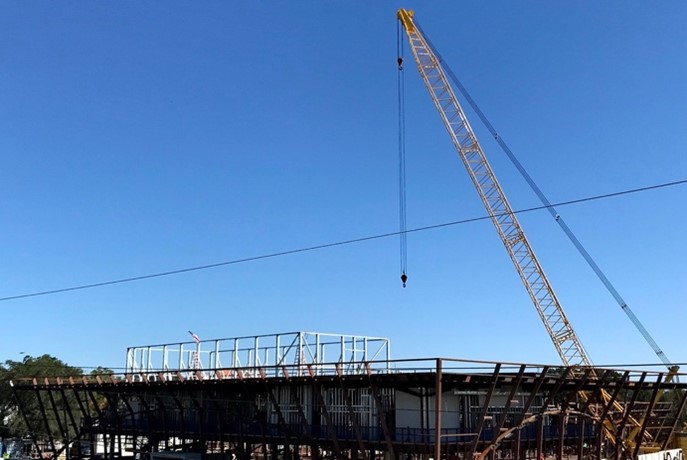 The grand opening of the Winter Park Library & Events Center is expected in the Fall of 2021.