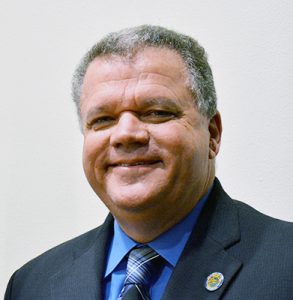 The city always asks for public input and considers this input vital to our city governance. Winter Park operates under a representative form of government. This means we, as citizens, elect representatives to run the city, pass laws and regulations, address development requests, and plan for the future of our city. As part of that process the city ALWAYS asks for community input and often times it provides opportunities for that input multiple times before final decisions are made.

When the question arises, “has anyone asked you…” about items such as the Lawrence Center Garage, parking or mixed use, the answer is, “Yes, the city has asked or will ask as part of the process.”

For the proposed Lawrence Center Parking Garage, a citywide notice was mailed to all city households at the beginning of August asking interested residents and stakeholders to attend and share their input at upcoming meetings. The notice was also posted on cityofwinterpark.org/citywide. The dates for public input are Tuesday, September 11, for the Planning & Zoning Board and Monday, September 24, for the City Commission meeting. Both meetings are held in Commission Chambers located on the second floor of City Hall.

For the proposed parking code changes, a community input meeting was held in July, multiple summits were held in 2017, and the City Commission was provided an update at their March 2018 meeting. These meetings were noticed by various means. Subscribers to citEnews were emailed a notice. The meetings were posted online with related reports posted on cityofwinterpark.org/parking, postcards were mailed to 274 property owners in the corridors directly impacted, and advertisements were placed in the newspaper. If an ordinance modifying the parking code moves forward for City Commission consideration, those meetings will be advertised and public input taken in public hearings at the Planning & Zoning Board and at two separate City Commission meetings.

The Orange Avenue pilot project for mixed use was just suggested at the July 10 Commission work session. This will be a multi-month study/process and public input will be solicited throughout that process. This project was considered by your elected representatives over Aloma Avenue, West Fairbanks Avenue and Lee Road because there are three major properties along that corridor that have expressed interest in redevelopment over the next 24 months. That is not the case for the other corridors.

We understand what a challenge it can be in our busy lives to keep up with the various issues being addressed by the city and that is why we use multiple methods to get the word out. The best ways to stay informed for these types of projects are to subscribe to the citEnews emails at cityofwinterpark.org/citEnews or periodically visit the city’s official website for upcoming board & public meetings at cityofwinterpark.org/bpm.