Open Letter to the City of Winter Park 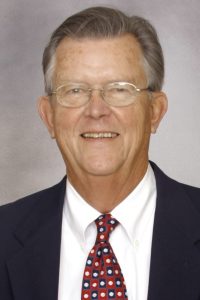 The September 24 Winter Park Commission meeting was an embarrassment to the City of Winter Park. Taxpayers, who fund all City operations one way or another, attend these meetings in order to be informed. The City needs to be more respectful of citizens whose taxes keep the City running and whose votes elect the Commission.

It is very difficult for those of us who regularly attend the twice-monthly Commission meetings to hear, to see or to understand the proceedings. It is hard to believe this is intentional – even when controversial topics like The Canopy are being discussed.

City staff making presentations frequently fail to state their full names and positions. They are known to the Commission (e.g., “Troy”), but there is often a failure to inform the audience. Most presenters address their remarks to the Commissioners and not to the public.

The Mayor mumbles, the City Manager mumbles and Commissioners Seidel and Cooper do not speak into their microphones. The result is that the audience must strain to hear the discussion – and is completely left out of the side banter between Mayor Leary and Commissioner Sprinkel. Only Commissioners Sprinkel and Weldon speak clearly enough to be understood.

Even though the Commissioners have laptops and document packets in front of them, they sometimes seem ill-informed about what is going on. Document screen shots projected for the public are, more often than not, too small to be legible. No laser pointers are used – Mayor Leary says it would only cover one of the two screens.

If the presenter’s lectern were placed in the center of the room in front of the dais, the presenter could use a laser pointer on both screens.

The City should also place a listener at the back of the chamber to monitor audio levels and alert the Commissioners and presenters when their remarks cannot be heard. Presenters and Commissioners alike should pay attention to the public when people in the audience signal that they cannot hear.

The City should invest in higher quality wide angle microphones or individual lavalier microphones, rather than the uni-directional ones now in use, so that the official discussion, as well as the side banter, is clearly audible to the audience.

If It’s a Public Meeting, Citizens Deserve to Be Able to Hear & See
Not only are the current practices disrespectful to the citizens of Winter Park, they are a violation of the Sunshine Law. This is an easy fix – please do something to correct this situation.