What to do about Winter Park’s Infestation of Carpetbaggers?

What to do about Winter Park’s Infestation of Carpetbaggers?

Open Letter to the Mayor, Commissioners and my Winter Park Neighbors 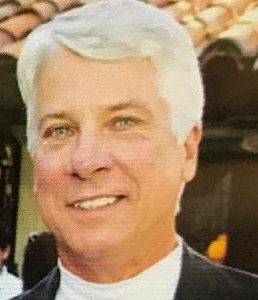 Population Threshold is a topic that rarely comes up in conversations about public policy, but it should, and particularly with regard to the proposed 18-unit Planned Urban Residential Development (PURD) on Aloma between Lakemont and Phelps.

What is Population Threshold?

In the long run, nothing could be further from the truth.

Taxes Go Up as Thresholds Are Crossed

Winter Park boasts a fine staff of experts that oversees the functionality of our city services. These people can tell you that at certain thresholds, city service costs, which are funded by taxpayer dollars, must accommodate increases in development at certain trigger points or “thresholds.”

Hundreds of Miles of Buried Pipe and Conduit

Staff responsible for public works and utilities can tell you that we have hundreds of miles of piping and conduits buried under the City to handle sewage transfer, storm water and potable water. We also have a plan in place to use recycled water for irrigation, requiring more miles of underground piping. The same is true for the electric undergrounding effort, currently underway.

At some population threshold, the carrying capacity (size) of these pipes and conduits must be increased, at a substantial cost to present and future residents and businesses. Streets must be dug up, traffic rerouted, expensive horizontal drilling where traffic cannot be practically diverted, temporary diversions of flows during construction, additional pumping and lift stations, water treatment facilities, increased electric substation equipment . . . and the list goes on.

The cost of Public Safety rises commensurately. The frequency of police calls from high-density, multifamily developments is far greater than those from single family homes and most businesses. This requires increased patrols, call answering and staff. We need more manpower and more sophisticated firefighting and EMT equipment to handle high-density structures as development and population increase.

Increased density brings increased automobile traffic, adding to the nutrient loads draining into our lakes. We must compensate for the increased nutrient load in our waterways with expensive herbicides, increased labor and expensive aquatic equipment to handle tussocks, algae blooms and dredging exacerbated by development. Every time additional pavement or impervious surface is laid, storm water runoff increases, putting us closer to another threshold.

The development at Aloma and Lakemont is all too common a scenario. Despite having a Comprehensive Plan and zoning codes in place, a small number of players, who are well aware of the limitations of land use imposed by City regulations, now expect the Planning & Zoning Board and the Commission to roll over and grant their claims for significant variances, zoning changes and other non-compliant requests.

The developer, ANSAKA, LLC, bought four single family lots and one office lot. At the April 9 Commission meeting, the City will be asked to rezone them all — on the primary east-west corridor through the City. When combined, the lots do not meet the 2-acre minimum required by code to build such a development.

Profit Is Not Dependent on Zoning Changes

I’ve developed multiple commercial and residential properties in several Florida counties over the past 20 years. Never once did my company believe it had the right to ask for any variance to local or State codes. We were happy to have the assistance of municipal and county staff to guide us through the maze, and were content with a reasonable profit in every case.

Developers have a right to make a profit — that’s not the argument. What we have now in Winter Park, however, are a few developers who think it’s their right to maximize profits at the expense of Winter Park residents and businesses, and at the expense of our standard of living. These firms are like the carpetbaggers of the Reconstruction South, arriving with an empty bag, staying long enough to fill the bag with money, then leaving the townsfolk to deal with the resulting mess.

Asking Everyone to Use the Same Playbook

All we ask is that everyone play by the same rules — the rules we all agreed to in our Comprehensive Plan and zoning codes.

I respectfully ask the Commission to consider the above facts and logic and do the right thing by holding the line on our Comp Plan and zoning codes in the interest of your current and future constituents.

Todd Weaver is a 22-year resident of Winter Park, and a 45-year resident of central Florida.
After graduating from UCF’s College of Engineering, Weaver spent much of 30 years as an aerospace & mechanical design engineer. He also attended UF Gainesville, taking graduate courses in biochemistry, veterinary medicine and other life sciences. He holds a Florida General Contractor license and has developed several residential and commercial properties.

Three years ago, Weaver and two partners founded a Winter Park-based company, TruGrit Traction, which has designed and patented a new type of wheel for underground pipe-inspection robots. Weaver’s company supplies Winter Park’s Water & Wastewater Utilities Department with wheels for their camera robots, at no charge to the city. TruGrit Traction proudly engineers, manufactures and assembles all products in the USA, with sales in 50 states, Canada and the European Union.