As We Roar into Fall 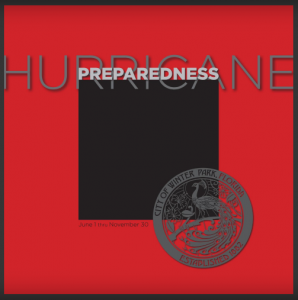 Given the weather forecast, most Winter Parkers are engaged in activities other than meetings. All City meetings through September 8 have been cancelled. First up is the Commission meeting September 9. Check this link for the most current information. https://cityofwinterpark.org/government/boards/

Keeping an Eye on Dorian

The place to hover your mouse this month is here — https://cityofwinterpark.org/media/emergency-incidents/.

During the storm, this part of the City website will be updated several times a day with information to keep you safe. Among the useful information is a Hurricane Preparedness Guide. Don’t wait until the storm hits to click on this link. https://issuu.com/cityofwinterpark/docs/hurricane_preparedness_guide?e=7314878/63055860

The Schedule? It’s a Definite Maybe 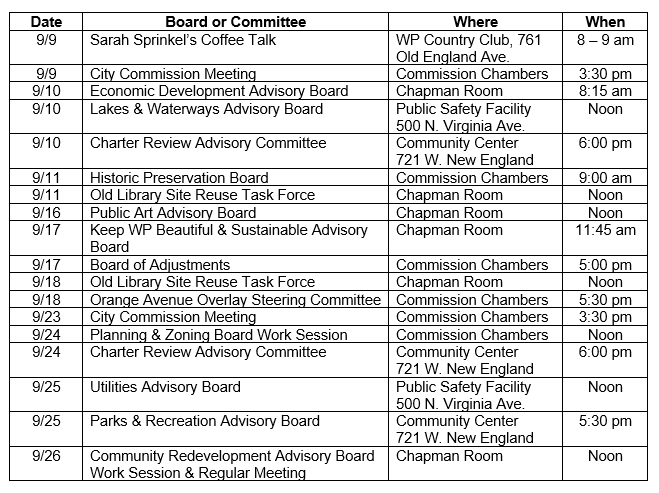 The Mayor’s Coffee Talk was in July. Vice Mayor Greg Seidel’s was August 8. The remaining Coffee Talks will be held 8:00 to 9:00 am at the Winter Park Golf and Country Club, 761 Old England Ave.