Will City Hall Be Designated a Historic Landmark? 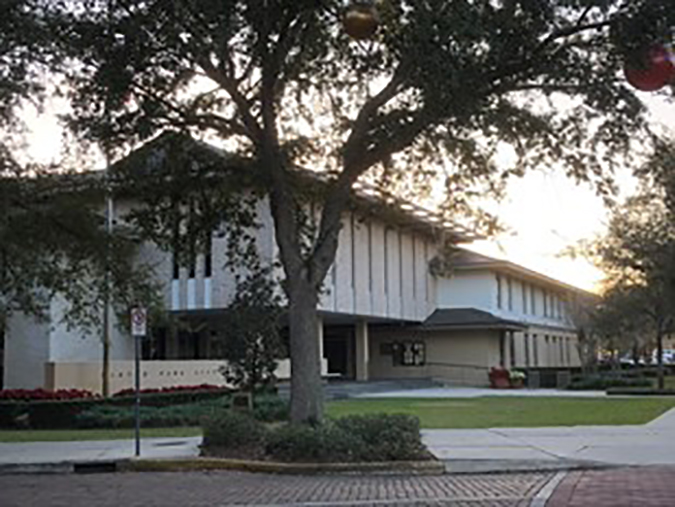 Will City Hall Be Designated a Historic Landmark?

Commission Will Vote on Resolution at Jan. 26 Meeting

The Historic Preservation Board has brought forward its unanimous recommendation that the City of Winter Park add Winter Park City Hall to its Register of Historic Places. The Commission will vote on the resolution at the January 26 meeting. Readers are urged to let Commissioners know their thoughts by writing mayorandcommissioners@cityofwinterpark.org

The City Hall building is a classic example of Mid-Century Modern architectural style. The two-story scale is compatible with the village scale of Park Avenue. Generous setbacks from Lyman and Park Avenues mirror the open green space of Central Park.

Originally, the west wing of City Hall was one story, but in 1978 that structure was increased to two stories by raising the 80-ton roof some 14 feet to create the City Hall we see today.

To be designated a historic landmark, a building must possess “a quality of significance in American history, architecture, archeology, engineering, and culture. . . .” The building also must fit at least one of the following additional criteria:

A great deal of history has been created within those walls over the past 57 years. The Architects’ Collaborative is a unique effort and the style of the building they created is significant, especially to those of us who live in Winter Park.