No Medical Marijuana Dispensaries in WP

On June 9, 2017, the Florida Legislature passed Senate Bill 8A (SB 8A), the Medical Use of Marijuana Act, designed to establish regulations for the implementation of Amendment 2, which allows the sale of medical cannabis in the state of Florida.

In what Commissioner Peter Weldon called a “political banana peel thrown under our feet,” the law makes county and municipal governments choose. Either they must treat medical marijuana dispensaries exactly the same way they treat pharmacies or they must ban them altogether.

Meanwhile, proponents of medical marijuana dispensaries are asking the courts to overturn the state law. If they are successful, adoption of the City ordinance automatically establishes a one-year moratorium, which would give the City time to understand the impact of the court ruling and to devise an alternative ordinance that would be in full compliance.

Will of the Voters – Up In Smoke? 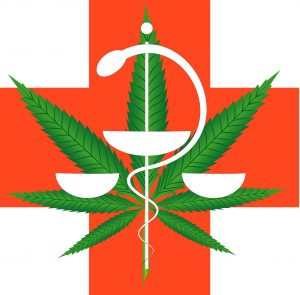 At a special work session July 25, the Planning & Zoning (P&Z) Board moved to request the Commission enact an ordinance “to prohibit medical marijuana treatment center dispensing facilities within the boundaries of the city . . . .”

If the Commission passes it, this ordinance will repeal and replace a 2014 ordinance, No. 2981-14, which would have permitted dispensaries of non-euphoric medical cannabis in limited industrial and warehouse districts within the city.

Winter Park is among 88 municipalities and four counties (Osceola, Sumpter, Hernando and Columbia) considering prohibitions, moratoriums or other restrictions on medical marijuana dispensaries.

On the November 8, 2016, ballot, Florida voters approved the Florida Medical Marijuana Legislation Initiative, also known as Amendment 2, with a decisive 71.3 percent of the vote. The measure went into effect January 3, 2017. The state legislature, however, neglected to establish the necessary rules and regulations for the implementation of Amendment 2 during their regular session.

House Speaker Richard Corcoran, however, objected to ceding power for making rules for implementation to the Florida Department of Health and called for a special legislative session to address medical marijuana legislation. “To just leave it to bureaucrats sitting over at the Department of Health,” he said, “I think would be a gross injustice.”

On June 2, Governor Rick Scott called for a special session June 7 through June 9. He issued a statement, “Medical marijuana was approved by 71 percent of Florida voters in 2016, and I believe that it is the role of the Florida Legislature to determine how to best implement this approved constitutional amendment. I am glad that both the Florida Senate and House are moving toward crafting legislation to help patients, and I have added medical marijuana to the call for special session.”

On June 9, 2017, the Florida State Legislature passed Senate Bill 8A (SB 8A), the Medical Use of Marijuana Act, designed to establish regulations for the implementation of Amendment 2.

Locals Implement the Rules . . .or Not

The law also gave local county and municipal governments a choice. Either they can regulate medical marijuana dispensaries exactly the same way they regulate pharmacies . . . or they can ban them.

In short, the only way to regulate them is to ban them completely.

Commission to Decide at July 24 Meeting.