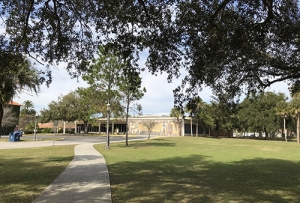 What is the Most Laudable Use for CRA Funds?

Looking over the agenda for tomorrow’s Commission meeting, 1/27/2020, I see both the library-events center and the Post Office acquisition are coming before you.  I know the use of CRA funds is contemplated both for funding part of the library-events center and for acquisition of the Post Office property. I ask myself:  what is the best use for CRA funds?

Is It Filling Gaps in the Library-Events Center Budget?

There is no doubt the library-events center is a very important civic project. But the thing is, we voted to issue bonds in the amount of $30 million to pay for that project. Then, we secured an additional $6 million in tourist development tax grant money for the project. Still, we lack the necessary funding to build the library and parking surfaces. The budget is approaching $42 million now.  CRA money is essential to be able to dream of completing the project. Was that the way we planned it?

If precedents like the current library facility and the Rachel Murrah Civic Center tell us anything, the new building also will have a finite lifespan. Maybe an Adjaye-designed building will enjoy a longer life span – there is no way to know.

Or Should CRA Funds Be Used to Expand Central Park?

On the other hand, we have the potential opportunity to expand Central Park by acquiring the Post Office property. This is priceless — a thing of value beyond dollars and cents. Central Park is the crown jewel, the pride of Winter Park.

The significance of the Park for our city will only grow, as Winter Park becomes more and more developed, with projects at Ravaudage, Orange Avenue, Fairbanks and Lee Road already coming online.

The Window of Opportunity Closes Tomorrow

The Post Office Notice of Intent to negotiate with the City of Winter Park expires tomorrow, January 27. We must act now.

For this reason, I urge you to assign the acquisition of the Post Office property the very highest priority in terms of designating the use for CRA dollars. There is only one Park, and the opportunity to expand it is within your grasp. I cannot think of a greater legacy for this Commission or a greater gift to all generations to come.