Will the City Kick the Old Rules to the Curb? 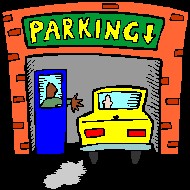 For the past year or so, the Kimley-Horn parking gurus have been lurking about Park Avenue, Hannibal Square and the Orange Avenue corridor scoping out parking lots and counting cars. They are scrutinizing parking codes that have remained essentially unchanged since the 1970s.

The codes weren’t entirely static, however. There was some back-and-forth caused by competition between retail merchants and restaurateurs for parking on Park Avenue. In the early 1970s, there were four restaurants on Park Avenue. By 1982, that number had increased to 18, and the retailers were feeling the pinch.

In response to an outcry from Park Avenue merchants, the city formed a Downtown Parking Advisory Commission to study the problem. In 1983, the Commission adopted their recommendation and passed an ordinance that new restaurants could be approved only when they provided sufficient parking. Bakeries, coffee shops, ice cream and dessert shops were exempted from the new rule.

Move forward 20 years to 2003. Winter Park Village opened with four fancy new restaurants and a movie theater with stadium seating. It quickly became the place to be. Once again, Park Avenue merchants felt the pinch, but this time it was because there weren’t enough restaurants. La Belle Verrierre, East India Ice Cream Company and Two Flights Up had all closed, reducing by 400 the number of restaurant seats. All three locations converted to retail.

So, in 2003, the Commission saw the wisdom of attracting restaurants and the associated foot traffic to Park Avenue to improve the retail climate. They passed an ordinance that allowed new ‘fine dining’ restaurants (with wait staff and table service) on Park Avenue to open without providing the incremental increase in parking. This zoning change quickly produced the desired effect. Since 2003, 17 new restaurants have opened along Park Avenue – adding a whopping 1,471 new restaurant seats.

Based on the current Central Business District (CBD) parking code of one parking place per four restaurant seats, those 1,471 seats equate to 372 parking spaces. Those 17 new restaurants replaced former retail locations. Compare the retail parking requirement with that for restaurants, and under the present code you end up with a parking deficit of 207 spaces. Basically, this puts the city right back where it was 36 years ago.

That brings us to the August 7, 2018 meeting of the Planning & Zoning (P&Z) Board. City Planner Jeff Briggs presented a draft parking ordinance affecting the CBD, Hannibal Square and the Orange Avenue corridor.

The draft ordinance, which has six components, was not an action item – it was up for discussion only. A summary of the proposed ordinance follows.

The ordinance removes the ability to convert retail or office space to restaurant without providing the required parking spaces. This change is supported by Comprehensive Plan Policy 1-G-3: “Preserve Park Avenue as a retail shopping district with complementary restaurant destinations, maintaining existing Future Land Use Map designations and zoning and prohibiting bars and nightclubs.”

The ordinance provides for the use of the Urban Land Institute’s (ULI) shared parking analysis as a reference. Limited types of shared use make sense in Winter Park, such as retail or office buildings with upstairs residential. In a few circumstances, a restaurant might share parking with a nearby institution such as a school or church.

The ordinance would change the distance permitted for offsite parking from 300 feet to 450 feet. As Briggs pointed out, that would be going from the length of one football field to one and a half football fields. P&Z Chair Ross Johnston suggested that if employees were required to use offsite parking, that would free up on-street parking for customers who want closer proximity to their destinations.

Johnston also pointed out the difficulty of regulating shared parking. How would the City determine if the people using the shared parking were actually entitled to it, or if they were opportunistic “parking poachers.”

6.Fee in Lieu of Parking

According to the Staff Report, instead of providing actual parking spaces, a developer could write a check to purchase or fund the required parking within a City-owned parking facility.

The City Staff Report stated: “Note that no such fee-in-lieu program can be established without a specific City Commission approved parking facility for which the funds collected are to [be] implemented for either surface or structured parking as to both location and cost and the ability to provide the same number of or more parking spaces otherwise needed to be provided on-site by the property owners electing to pay a fee-in-lieu.”

So, if the parking must be City-owned, as stated above by the Planning Department, this raises the question: why would the City invest in additional parking decks above the proposed two-story, three-deck Rollins parking facility at the Lawrence Center – if the City is to have no ownership in or control over that facility?

On the other hand, does the City really want to get into the parking business?

“Parking is No Silver Bullet Number”

Although the draft ordinance was discussion-only, P&Z board members appeared squeamish at the prospect of recommending passage in the absence of a more comprehensive plan to deal with parking and transportation within the City. Owen Beitsch stated, “I don’t want to suggest that we don’t act, but I do want to suggest that we think about a package of solutions that constitutes a plan, not just an ordinance that says these are the ad hoc things we want to change.”

Ordinance is One Piece of a Much Larger Puzzle

Briggs responded that there are many aspects to the downtown parking puzzle – such as employee parking, valet parking, parking enforcement, how to create new parking – and the ordinance addresses only the Zoning Code. And that is the purview of P&Z – the zoning code.

Johnston responded to Briggs, “What you’re hearing is that we’re trying to get an ordinance in isolation that has other contingencies attached to it, and we’re not comfortable isolating that part of it. . . . We need to see what the net result of our actions is.”

In other words, will the ordinance alleviate a real or perceived parking deficit? If so, how can we tell?

Where Will the Ordinance Go Next?

Briggs explained that the next step was a similar non-action discussion of the ordinance with the Commission on August 27. The P&Z Board will meet the following day, August 28, for their regular work session, and Briggs will update them about the discussion at the Commission meeting. If the ordinance is still moving forward, there will be a public hearing before P&Z on September 11. P&Z will be asked to vote at that meeting.

If the ordinance passes, it will go back to the Commission September 24 – the same meeting at which the Commission will take up the Lawrence Center expansion. While it is appropriate for discussion of the two matters to coincide, citizens are advised to pack a lunch, as this could be a lengthy discussion.

Who ever said parking was boring?