Winter Park’s Library Should Stay in Our Downtown

Winter Park's Library Should Stay in Our Downtown 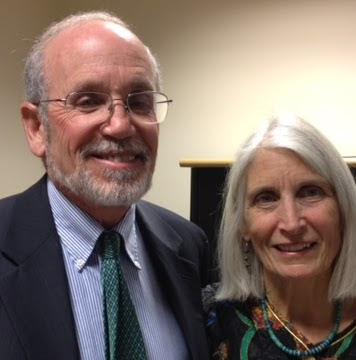 Editor’s Note:  Bob and Jill Bendick have lived in Winter Park for almost 20 years. Jill is a retired software engineer. Bob has a background in urban, regional and environmental planning.

We have lived in Winter Park for almost 20 years and have long been users and supporters of the Winter Park Library.  Jill has spent many Sundays volunteering at the library bookstore.

Through hard work and research the Library Task Force has made a good case for expansion of the library building to serve the people of Winter Park in the 21st Century, but we object to the relocation of the library to either of the two sites in and adjacent to Martin Luther King Park.  A new or expanded library should continue to be located in Winter Park’s downtown area.

In May we wrote to the City Commission to suggest that a decision on the expansion and potential relocation of the library should await completion of the Winter Park visioning process now underway.  Our reasoning was that a new library, as the largest foreseeable investment by the city in a cultural and educational facility, should reflect and reinforce our collective vision for the city’s future.

We suggested that it is reasonable to wait a few months until the completion of the visioning process before making the library siting decision. It is now clear that the Commission is moving forward with the library project without with the benefit of advice from the Visioning Steering Committee.

Should We Jump Ahead of Visioning?

From our perspective this then requires that we jump ahead of the visioning effort to imagine what it might recommend.  We certainly cannot predict the whole picture, but one would hope and expect that the Visioning Steering Committee and, ultimately, the City Commission will conclude that the attribute that makes Winter Park so unique in Florida is its graceful, busy, pedestrian and transit-friendly downtown. Maintaining the sense of place and the spirit of community of the downtown area should be a pillar of the City’s vision for its future.

It is an illusion to believe that the economic and social vitality of this special area will take care of itself without continuing attention from the City government.  Florida is littered with downtowns that have, sadly, succumbed to competition from sprawling, automobile-centered commercial development nearby.  Winter Park’s downtown will only retain its character and function as the heart of our community by continuing investment by the City in community events, services, public transportation, and public facilities concentrated in that area.

This brings us to the library which is now proposed to be located between what some city officials call the 17-92 and Denning Avenue “corridors”.  While this area deserves redevelopment, it is a pedestrian unfriendly, traffic-clogged, and architecturally generic competitor to Winter Park’s historic downtown. A decision by the City to move its most important cultural institution from its downtown to this area can only be interpreted as a decision by the City of Winter Park to move away from what makes this a unique community and toward exactly the kind of development patterns that have damaged so much of Florida.  And the fact that the proposed library location takes away precious green space would convey an additional message about the city’s future — that the quality of the environment that makes the city sustainable is unimportant.

Collective Vision of WP in the 21st Century

As we said in our May letter to the City Commission, a decision of this importance should not be made simply from the internal perspective of the library and its advocates, but should take into account the larger framework that is our collective vision for the future of Winter Park in the 21st Century.

Finally, we, and we suspect many others, would likely be supporters of a referendum to pay for a new or expanded library if it were part of a coherent plan to build upon what makes this City such a special place to live.  But we will oppose the expenditure of our tax dollars for construction of a library building that undermines the quality and character of life that residents of Winter Park appreciate and enjoy.