Brilliant Color, Dark Humor and an Examination of ‘Place’ 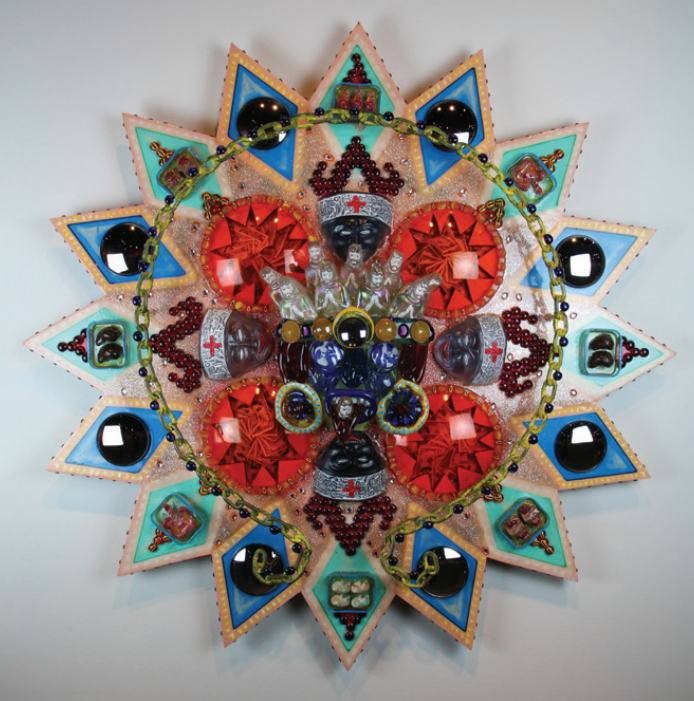 Rollins College Cornell Fine Arts Museum (CFAM) launches its Winter 2019 season today with a thought-provoking exhibit featuring favorites from the permanent collection and the debut of several new acquisitions. The show builds conversations around notions of ‘place’ – the city, places of devotion, landscape, the politics of place and the experience of place beyond the immediate.

What is place?
What is home?
Where do you fit – and how?
This is the essence of “The Place as Metaphor.” 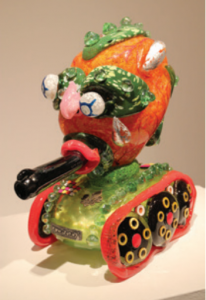 Of particular note is the gallery devoted to “The De la Torre Brothers: Rococolab.” Collaborating artist-brothers Einar and Jamex De la Torre live and work in Ensenada, Mexico and San Diego, California. Their dynamic, baroque-inspired glass work is the product of their bicultural life, which floats freely between Mexico and the U.S.

Though they are widely known in international art circles, this is the De la Torre brothers’ first solo museum exhibition in Florida. Organized by CFAM Curator Gisela Carbonell, the presentation of their work invites consideration of some of the most pressing issues in contemporary culture. Using bright light, vivid color and some very dark humor, the De la Torre brothers’ work speaks a visual language to which contemporary viewers can easily relate. 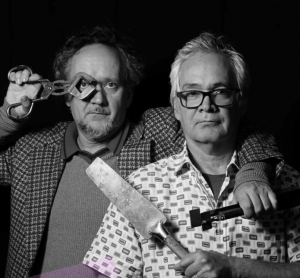 As you walk into the gallery, the grouping of intricate images waits, like gifts in a box, for you to unpack each one. Open them up and discover inside the beauty, joy, dark humor and scary truths they contain. The exhibit is accompanied by an illustrated booklet, available in the museum store, which is written both in English and in Spanish.

CFAM is located at 1000 Holt Avenue on the Rollins campus. It is open Tuesday through Saturday. Admission is free in 2019, courtesy of PNC Financial Services Group. To check hours and special programs, visit the website at Rollins.edu/cfam