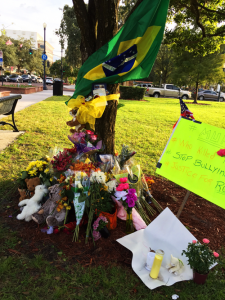 The tribute is part of Winter Park High School’s Homecoming celebration, which will include a parade down Park Avenue from Webster to Lyman from 5:00 to 6:00 pm. Side streets to Park Avenue will be closed during that hour for the passing of the parade.

“We are maintaining contact with Roger’s family and will continue to make the privacy and interests of the family a priority. We are aware and understand the safety concerns of our citizens to include parents and students, and we are committed to ensuring Park Avenue and all of our schools remain safe places.”