At their August 26 regular meeting, Commissioners voted 3-2 to draft an ordinance that would add the single member districts question to the March 2021 ballot. If the ordinance is passed by the Commission, the ballot question would ask voters if they want to continue the current “at large” form of representation, in which each Commissioner represents all Winter Park citizens, regardless of where they live, or if the City should be divided into districts, with each district represented by a Commissioner from that district.

This issue was discussed at length during the 2019 Charter Review in preparation for the 2020 vote on updated Charter revisions. Single member districts was not among the 11 Charter questions on the 2020 ballot, as the Charter Review Committee felt Winter Park was geographically too small to be divided up into separate districts.

The question remained, however, in the minds of some citizens who are advocating for single member districts, which they believe will provide members of the historically Black Hannibal Square neighborhood a better chance for a strong voice in city government. There has not been a Black commissioner in Winter Park since the late 19th century, despite the crucial role of the Black community in the incorporation of first the town and then the city of Winter Park.

Advisory Board Appointments a First Step

In order to create single member districts, the City Charter would have to be revised, and a Charter revision can only be accomplished at the ballot box. There are two ways to put the question to the voters – by petition or by ordinance. In a citizen initiative, at least 10 percent of registered voters must sign a petition requesting the change. That would require gathering just over 2,000 signatures – in the midst of a pandemic.

The Commissioners also have the authority to pass an ordinance placing the question on the ballot, without the need for a petition drive. And that is what they did on August 26th, with Commissioners Todd Weaver, Sheila DeCiccio and Marty Sullivan voting in support and Commissioner Carolyn Cooper and Mayor Steve Leary dissenting.

Between now and January 2021, the Commissioners expect to hold a series of workshops in which they will have to decide how many districts there would be, where district lines would be drawn and, if the measure were to pass, how any change would affect those Commissioners currently holding office. In most cities that have single member districts, for example Orlando, the Mayor serves the city at large and each Commissioner represents a single district. 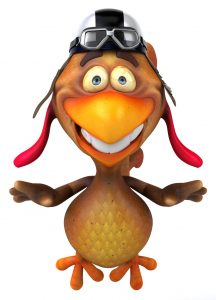 An ordinance allowing back yard chickens, which has been under discussion since 2014 or earlier, finally passed its first reading at the August 26 Commission meeting. The City plans to issue up to 25 permits for residents in single family homes to keep up to four hens – the recommended number for happy hens.

Did you know, the color of the chicken’s eggs is the same as the color of her ears. Have you ever been close enough to a chicken to look at her ears? You may now have the chance.

The chickens must be cooped in a structure no higher than 7 feet. Chicken coops must be in fenced back or side yards and placed far enough from neighboring homes to cause no disturbance. Only hens are allowed; roosters are prohibited, as they are the ones who are noisy. Residents who keep chickens must complete an educational class on chicken care and will undergo periodic City inspections to ensure coops are clean and well maintained.

The ordinance establishing this two-year pilot program is based on successful programs already in place in Orlando, Maitland and Longwood. Winter Park’s back yard chicken ordinance still has to pass its second reading before it becomes a reality, but Commissioner Todd Weaver believes that will come soon.