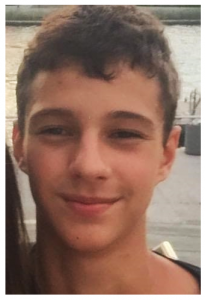 At 11:23 this morning, the City of Winter Park Police Department (WPPD) provided the following update regarding their investigation into the death of 15-year-old Winter Park High School student Roger Trindade.

On October 15, 2016, at 9:48 pm, Winter Park Police Officers were dispatched to Central Park at the corner of Park Avenue and Morse Blvd. Police and Fire/Rescue personnel arrived on scene within two minutes. They arrived to find Roger Trindade unconscious. The suspects had already fled the scene. Roger Trindade bore no physical signs of injury and no physical evidence that would suggest he had been beaten.

“This remains an active investigation,” stated Lieutenant Pam Marcum. “The Winter Park Police Department will continue to work directly with the Trindade family through the developments of this investigation.”

WPPD investigators have identified all of the individuals involved and are continuing their criminal investigation into what happened. Because those associated with this incident are juveniles, their identities cannot be released.

WPPD has increased patrols in and around Central Park.

Cause of Death Still Unknown

Exactly what caused the death of Roger Trindade is still not known. “Until we know what caused his death,” said Marcum, “we cannot make an accurate assessment of what criminal charges are appropriate.” The Orange-Osceola Medical Examiner is continuing to investigate the cause of death, and their investigation will take several weeks.

Other agencies, including the Joint Homicide Investigation Team, the Medical Examiner and the State Attorney’s Office are assisting WPPD in their investigation. In criminal cases where juveniles are arrested, there is a very short window between the arrest and the prosecution. If a law enforcement agency makes a premature arrest, the prosecutor will not have the benefit of the Medical Examiner’s results or any potential forensic examinations at trial.

Lieutenant Marcum emphasized that the WPPD appreciates everyone who has provided a tip or information about this case. Even though police have identified all parties involved, she said, if you have any information regarding this case, you should contact WPPD at 407-644-1313 or Crime Line at 407-423-TIPS.