Shawn Shaffer has left her position as Winter Park Public Library Executive Director effective August 3. Consultant Cynthia Wood will step in as interim executive. director while the Library Board of Trustees engages in a nation-wide search for Shaffer’s replacement. 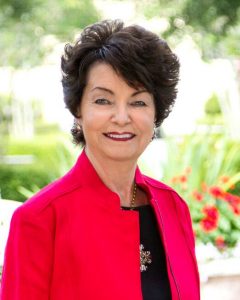 Cynthia Wood was Vice President of Institutional Advancement at Rollins from 2002 until 2008. In 2009, she formed a consulting firm, Cynthia Wood, Philanthropy Partner LLC. She has guided various organizations in capital and programmed fundraising readiness, strategic planning and establishing sustainable fundraising systems.

The Library Trustees have also engaged Minana Hall as full-time capital and annual development professional. Hall brings 25 years of experience changing the development face of various institutions such as the University of Tampa, the University of South Florida at St. Petersburg and UCF. She has experience working with foundations and volunteer boards to develop major and planned gifts and annual giving.

Sabrina Bernat, who was Shawn Shaffer’s assistant director, will oversee day-to-day library operations. Since Bernat has been involved with the library design team from the outset, she provides continuity and operational expertise.

A representative of the Library Board of Trustees issued the following statement.
“The board is extremely grateful for Shawn’s many contributions to the organization since she joined it five years ago. With the new facility comes new responsibility for fundraising and related initiatives. We have redefined the leadership skills needed to fulfill the new responsibilities and expectations. The library board is excited about our future library and all that it can mean for Winter Park. The board looks forward with enthusiasm to its role in shaping the future of this important institution.”