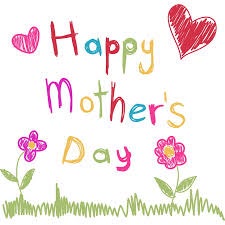 May 8 – 10, the City is hosting a special Mother’s Day weekend of socially-distanced restaurant dining and limited retail therapy.

To facilitate safe outdoor dining, portions of Park Ave., Morse Blvd. and New England Ave. will be closed to vehicular traffic from 4:00 pm Friday, May 8, to 11:00 pm Sunday, May 10.

Park Ave. from Swoope to Fairbanks

All Shops & Restaurants May Participate

Outdoor shopping and dining is not limited to Park Ave. and Hannibal Square, however. Any retail store or restaurant within the City limits may apply for a permit from the City to extend their business outside. The permit is good only through the weekend.

Restaurants and shops must maintain the 6-foot required distance between patrons outside and limit inside occupancy to 25 percent of capacity.

Retail shops must also adhere to the 25-percent-capacity rule, but they may also have a single merchandise rack or table on the sidewalk outside the shop.

Each business will bear the responsibility of ensuring its customers meet social distancing requirements at all times. “As we continue to take methodical steps to reopen the City following the State guidelines, we are hosting this special weekend to help our business community and to give the public a chance to support our local businesses and celebrate Mother’s Day,” said Assistant City Manager Michelle Neuner.