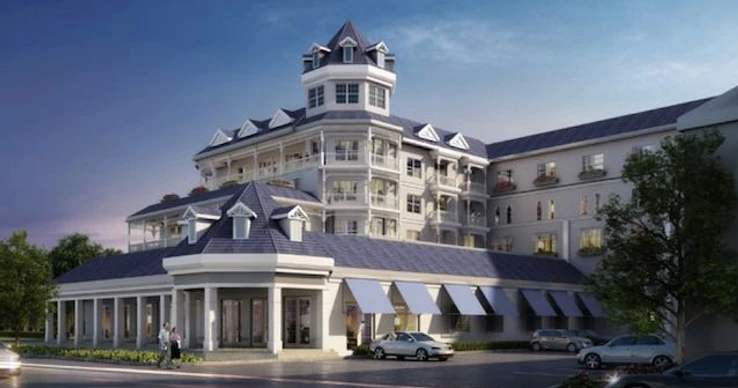 The Winter Park Planning Department announced they have postponed a December 1st Planning & Zoning (P&Z) hearing on the controversial Henderson Hotel at Lake Killarney until after the holidays. The P&Z hearing now will take place Tuesday, January 5. If P&Z approves the project, it will go to the Commission for a first reading and public hearing January 27th and a second reading on February 10th.

The postponement stems from a defect in the Public Notice that was published in the November 1st Orlando Sentinel. Property at 1310 Fairview Ave. was omitted from the Public Notice. Included instead was property at “1310 Grove Ave.,” which does not exist.

The mistake, the result of a City staff error, involves a large parcel at 1310 Fairview that is slated to become a park, a portion of which will also form the roof of the subterranean parking garage that will serve the hotel.

The Henderson Hotel project first came before the City in February 2019, but the application was later withdrawn after a deal to acquire land on 17-92 from Hillstone’s Restaurant fell through.

This fall, revised plans for the five-story Victorian style hotel were submitted to the City for the three-acre site on Lake Killarney. The new design features a restaurant and bar, ballroom, increased green space, subterranean parking, a reduction in overall building size from 210,522 square feet to 129,100 square feet (not including the garage) and LEED (Leadership in Energy and Environmental Design) certification. The hotel will be set back 84 feet from Lake Killarney and 145 feet from 17-92.

The developer, Winter Park Historic Hotels Group, is requesting changes to the Comprehensive Plan and Zoning Map, vacation of portions of Killarney Drive and Fairview Avenue and a Conditional Use Approval. The hotel has gone from 118 to 132 rooms and ranges in height from 55 to 73 feet. The developer is asking to rezone to C3 Commercial four residential lake-front lots and two parcels zoned office. Although the number of rooms has gone from 118 to 132, the amount of parking went from 245 spaces in 2019 to 235 spaces in 2021.

Winter Park Land Trust not involved in the Henderson project

In return for these concessions, Winter Park Historic Hotels Group plans to offer an easement to just under an acre of land on Fairview Ave. for use as a public park. Some confusion, however, has been created by the Henderson Hotel website www.hendersonhotelwinterpark.com which implies involvement of the Winter Park Land Trust. According to the WPLT that is not the case.

“The Winter Park Land Trust was established to create more park space and green space in our city, and to help ensure that we keep the green space we already have. One method of doing so in this city that is already extensively developed is for the WPLT to accept conservation easements over green space that is to be included as part of redevelopment projects such as those being considered on the Orange Avenue Overlay and adjacent to Lake Killarney.Conservation easements are permanent restrictions preventing the future development of green space. It should be clear, however, that the WPLT does not endorse or support development projects even when the developer may be contemplating the donation of a conservation easement.

We have not endorsed the Henderson Hotel project. Negotiation to include open space within a development is the province of the City. WPLT can help ensure that such green space is permanent, but we will accept an easement only after:

None of these steps has been taken for the Henderson Hotel.”

Neighbors divided. On the one hand . . .

David Brenner, a Lake Killarney Dr. resident, said he thought the Henderson seems like it would be a good building for Winter Park. “We were initially concerned about the impact on the lake,” said Brenner. “But when we went to the public forum at the Farmer’s Market a couple of years ago, we were very impressed that [Henderson Hotel developer] Adam Wonus  wants to reach out to people who live in Winter Park. We don’t need another Trader Joe’s with the parking and traffic nightmare. If we could get a world class hotel that draws from the history of Winter Park, it would be a great. Adam is listening and trying to make his project work in a way that makes people happy.”

Charles Brenner, who has lived on Killarney Dr. for more than 50 years and is the father of David Brenner, said the health of the lake is the most important thing to him. He looks forward to Wonus’s plans to clean up the eastern side of the lake, which is quite shallow. “A lot of trash comes into the lake from 17-92,” said Brenner, “and that side of the lake has long been neglected. I look forward to it being cleaned up, which Adam and his company plan to do. This is a situation similar to the Alfond, where we have the opportunity for a beautiful project, which will be a great thing for the city.”

In a letter to Commissioner Marty Sullivan, Lake Killarney neighbor Jim Cunningham wrote, “. . .the hotel project is beautiful, and for that reason I wish I could get behind it, but I can’t. . . . I see a correlation between the city’s longing for this project and the German version [of the Cinderella story]. You remember that after Cinderella lost her glass slipper, a search was made throughout the land to find the woman whose foot fit the slipper. When the prince came to Cinderella’s house, the evil stepsisters were willing to cut off their toes to try to make their over-sized feet fit into the slipper, leaving the slipper covered in blood.”

Cunningham continued, “This project is beautiful . . ., but the hotel is not a good fit for the neighborhood. Changing all the city’s ordinances, codes and Comp Plan in an effort to cram this project into a residential neighborhood is reminiscent of the stepsisters’ willingness to do whatever it took to make the slipper fit. . . . The project, as currently conceived, is not a fit for our lakefront community. No amount of ‘cutting off toes’ will change that.”

A group of citizens has put up a website opposing the Henderson project at www.nohendersonhotel.com

Leave a Reply to Whose Single Family Neighborhood Falls Next? Cancel reply