No Henderson Hotel for Winter Park 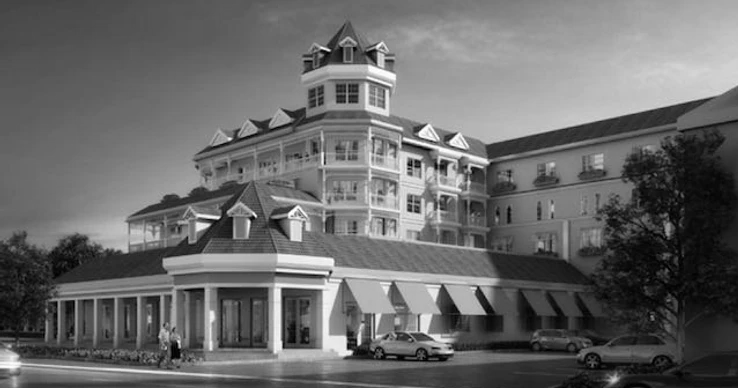 No Henderson Hotel for Winter Park

Once again, the City Commission meeting went on longer than a bad dream, finally limping to a halt just before midnight January 27. With routine business addressed early and dispatched quickly, most of the meeting revolved around the First Reading of the Henderson Hotel requests for Conditional Use and changes to the Comprehensive Plan and Zoning Codes.

The developer, Adam Wonus of Winter Park Historic Hotels Group, was also requesting an ordinance to vacate portions of Killarney Drive and Fairview Avenue so that visitors to the hotel — be they hotel guests or Winter Park residents — would have unfettered access from the hotel to the lakefront. In return, the developer planned to provide landscaping and cleanup for the lakefront plus just under an acre of open green space and parkland.

Wonus spent the past few years meeting people, going door-to-door in the Killarney neighborhood in an attempt to devise a commercially viable hotel project that would be an asset to the City while, at the same time being compatible with the neighborhood. As a result, a preponderance of commenters at Wednesday night’s Commission meeting were strongly in support of the Henderson project. They said not only would the project be good for the City, it would also greatly enhance the section of 17-92 between Beachview and Fairview Avenues south of the Trader Joe’s shopping center.

On the other side of the question was a well-organized group of Lake Killarney neighbors who employed a cadre of experts — lawyers and engineers — to oppose approval of the project. They were concerned about the impact such a large project would have on the health of the lake, the light and noise pollution generated by large events at the hotel and the encroachment of commercial activity in their residential neighborhood.

In the midst of the Commission discussion, attorney for the developer Becky Wilson offered a list of changes to the project that including eliminating the ballroom and the subterranean parking garage, going from five to four stories and eliminating the surface parking on the park that was planned adjacent to the hotel.

To accept this offer, the Commission would have had either to change the proposed development agreement on the fly or vote on it as presented and trust that it would be changed later. They balked.

Mayor Steve Leary moved to accept the application as presented, and proposed to send the developer and the staff back to the drawing board to come up with revised plans for the Second Reading. When Leary’s motion failed to get a second, Commissioners Sheila DeCiccio and Carolyn Cooper attempted to get the applicant to agree to table the issue until the plans could be revised. “I cannot, in all conscience, vote on an ordinance that does not accurately reflect the project,” said DeCiccio.

Attorney Wilson responded that if the project were tabled, they would withdraw the application.

Commissioners Marty Sullivan and Todd Weaver gave extended explanations for their intent to withhold support. “This is a grand project,” said Sullivan, “but it’s in the wrong place,”

Weaver stated his refusal to go against the measure in the City’s Comprehensive Plan that says the City ‘shall protect the residential character of the Killarney neighborhood,’ and said he opposed rezoning residential R1A properties to C3 commercial.

When Commissioner Marty Sullivan moved to deny the Henderson application, attorney Becky Wilson stepped to the microphone and stated, “Mayor, we withdraw our application.” No vote was taken, giving the applicant the opportunity to resubmit the application at any time.

Editor’s note: This sentence has been corrected to reflect the Commission motion to deny.

No vote was taken.

One word was used by people on both sides of the issue to describe what happened: Sad.

Commissioner Carolyn Cooper said, “I’m so sad that we couldn’t work something out, because we had a really good development team with strong financial backing. Adam’s job is to dream big. Our job is to uphold the Comp Plan.”

“The Comp Plan is our value system,” said Cooper, “and it says we must protect our single-family neighborhoods. Actually, that neighborhood is a mixture of residential, commercial and office. But if we are going to allow commercial development in an area like that, I want to be damned sure it’s compatible with the residential neighborhood.”

Killarney resident Lisa Waddington expressed similar sentiments. “I feel sad about the whole thing,” she said. “Millions of dollars and thousands of hours have been expended. While this is not a ‘victory,’ per se, I am grateful that the Commission has upheld the residential character of our neighborhood, giving us the chance to reach for our full potential. We want our neighborhood to be known as an urban, boho, cool corner of the city – hiding in plain sight. Hillstone matches the scale and character of our neighborhood. It’s smaller and low-key. Unfortunately, the Henderson did not.”

Waddington described how the developer had helped the neighborhood in their dealings with the City. “Adam listened to the residents, and he had influence. He helped us get the City to fix the bricked streets and put in cut-through barriers. And Commissioner Sullivan is clear that he wants to work with us in the future to address storm water drainage and lake cleanup.”

Adam Wonus said, “I don’t know – it was really sad. We had a lot of support, and we met so many nice people. Everything we did was to provide benefits to everyone, but a small group of people was able to block an investment in the City. The Henderson would have been an amenity – one that was on the tax rolls. The cost to redraft the plans is about $125,000. That was my money – real money, out my pocket, and I just couldn’t afford to do it any more.”

Asked if he thought he might be able to bring the project back at a later date, he said, “I think not.”