The Meaning of NO

Sally Flynn and her family have been residents of Winter Park since 1961. 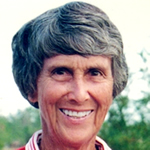 On Friday, February 22, Mayor Steve Leary delivered his “State of the City” address to a capacity audience at the Alfond Inn. The event was a luncheon in the Alfond dining room, and those present paid either $40 per plate, for Chamber members, or $80 per plate for non-members.

Toward the end of his address, our Mayor made the following statement.
“We must pay special attention to how we treat one another,” he said. “We cannot be a special place if we treat each other in a common way. . . . The NO people who stand against everything but have no plausible alternative for all that they oppose . . . you cannot build a community on NO. It holds no value, it holds no hope and it holds no promise.”

When I last checked, Winter Park was a democracy in which everyone has the right to oppose something with which they do not agree. Mr Leary, is your problem with those who say NO simply that they do not support your agenda?

I believe NO means: NO more density, NO more diversion of our tax dollars to developers, NO more variances from our Comprehensive Plan and NO more selling public property without consent of the tax payers.

Mr Leary, you too are one of the NO people. You have said, quite clearly, NO to a tree ordinance that has teeth. You have responded NO to citizens who gather petitions. You said NO to a Historic Preservation Ordinance, one that represented a year’s work and was approved by the Historic Preservation Board and passed by the Commission. That ordinance was barely three months old when Peter Weldon was elected. You and Commissioner Sarah Sprinkel joined ranks with Weldon to weaken the ordinance, discouraging any serious historic preservation effort citizens of this City might wish to undertake.

When the citizens you have characterized as the “NO People” said YES to expanding Martin Luther King Jr. Park, you said NO and sold adjoining property. You said NO again to parks expansion when you refused to include language in the Comprehensive Plan that would have provided for the acquisition of the Post Office property, if it became available, to augment Central Park.

So, Mr. Leary, there are two sides to NO.

It is deeply troubling that you have chosen to use the State of the City address to single out those who do not embrace your agenda. You label us the NO People while, in the same breath, urging us to “pay special attention to how we treat one another.”

How does such open disrespect for opposing views, expressed by the mayor in such a public way, foster genuine accord among our citizens?