Winter Park is becoming an island in a sea of urban sprawl. 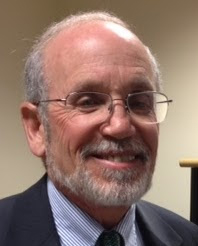 I was reminded of this a couple of days after the recent forum on the future of Winter Park at Rollins College, when I drove to St Petersburg for a meeting. There was a lot of traffic both going and returning, but It was not just the time lost sitting bumper to bumper that made the day tiring–it was also the scale and pace of the I-4 corridor which is quickly becoming one almost-continuous 100-mile wide urbanized area.

The day’s drive and my relief in arriving back in Winter Park, and taking a walk with the evening clouds reflected in Lake Virginia, made me think more about the Rollins forum.

What is it about Winter Park that still makes it such a good place to live? From my perspective five positive attributes of our city were highlighted at the forum by the presentations of the panelists and the question and answer session that followed.

Winter Park was originally planned and continues to retain a comfortable human scale, in contrast to the increasingly large and impersonal scale of the surrounding metro area — think ten lanes of rushing traffic on the soon-to-be-completed widening of I-4.

Greenspace, lakes and trees bring people into contact with nature in every part of our city. The tree canopy reduces air pollution and traffic noise. Views of the lakes are everywhere, and our parks are heavily used.

There are many opportunities for walking and biking within the city

It is possible and enjoyable to walk or bike in Winter Park, particularly to and around the downtown area. Where heavily trafficked roads decrease walkability, like the 17-92 and Fairbanks/Aloma corridors, the quality of the Winter Park experience is diminished.

Unlike so much of Florida today, Winter Park is not generic. It has a coherent history that is reflected in its architecture and, particularly, in Rollins College and its downtown. It conveys a sense of place — not just anyplace.

The city is a diverse community

Winter Park thankfully retains racial and ethnic diversity, which enriches the life and culture of the city. It is still a community with events that bring people together in shared experiences.
As is the case in other places around the country that have managed to retain a distinctive grace and character, people want to move here.

Winter Park is at a crossroads.

The pressure for more development and redevelopment is not necessarily negative unless that growth undermines those attributes that make the community a good and unique place to live and work. Winter Park can accommodate growth and change while planning on a community-wide basis to retain the assets that make it unique.

We need to add greenspace to balance growth

This means adding and connecting greenspace as the city grows, ensuring that new development is consistent with the scale and character of the city, resisting and, where possible, mitigating the impacts of heavily trafficked transportation corridors on our quality of life. It means creating new opportunities for alternatives to automobiles, consciously acting to retain the diversity of the community, and reinforcing the vitality of our downtown.

Planning for investment in the City will foster a robust economy

The experience of similar communities is that planning for public and private investment that further enhances the city’s character will not diminish the city’s economy, but will make it that much more attractive for quality development. Perhaps more importantly, respecting the unique assets identified by the Rollins College panel will help ensure that Winter Park will still feel like home to the generations of residents who follow us.