What Does Democracy Mean to You? 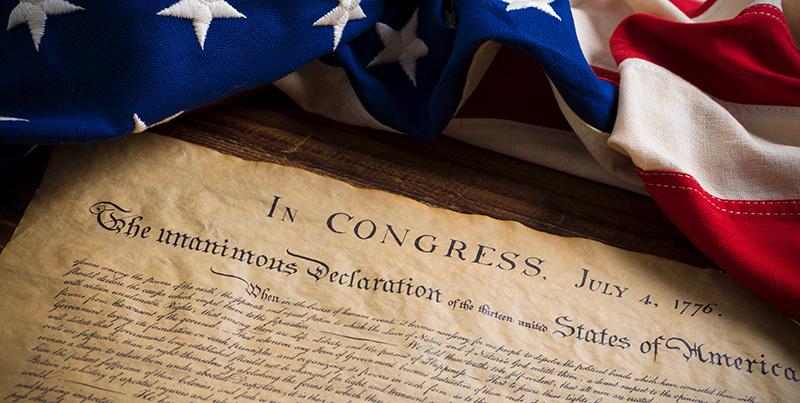 What Does Democracy Mean to You?

July 4th is the time to re-examine and to celebrate WHAT democracy means to each of us, to our families. to our close associates, to those with whom we may disagree.

Democracy is fragile. Our unique brand of American democracy is based not only upon representative government but also upon inclusiveness and a healthy respect for the minority point of view. The road to compromise begins with inclusion, healthy discourse and respect.

E Pluribus Unum: “Out of Many, One”

These words from the Great Seal of 1776 have formed our mantra for the past 246 years, thanks to John Adams, Benjamin Franklin and Thomas Jefferson. As we approach this July 4th, how will each of us renew those words? We should be intentional about engaging in these conversations. As Winston Churchill said, “A nation which forgets its history has no future.”

A free media is essential to a healthy democracy. Can democracy flourish in an environment where truth is neither honored nor respected? We have seen how propaganda works if unchecked and unchallenged. Misinformation causes real harm. Is social media an asset or a liability? Ask your kids.

One person, one vote. Have we strengthened the right to vote and maintained easy access to the ballot for all citizens? Have we made it more difficult to vote? Is our Achilles heel voter fraud or the simple fact that not enough Americans are voting?

Are we maintaining the separation between church and state that was so important to our Founding Fathers?

Our children are our country’s greatest asset. Are we investing enough in healthcare, education and skillsets that nurture productive and engaged future citizens?

Do we know our own history? The United States is a nation of immigrants. It was almost dissolved over the issue of slavery and was further endangered by the “neo-slavery” which transgressed the rule of law for more than 70 years. With the exception of our native peoples, we need to remember that all our forebears came from somewhere else.

Are our institutions fostering trust by operating in a transparent and responsive manner, providing for the common good? Are our collective efforts focused on safe roads, safe drinking water, healthcare for people when they need it, and a fair and impartial judicial system?

Can we rely upon law enforcement at all levels to provide a safe and secure society even though we now live in a country where the number of guns far outnumbers the number of citizens?

When you start the conversation this July 4th, ask yourself first: “What does democracy mean to me?” Then ask yourself, when was the last time I heard the words: “I might be wrong,” or “I’m sorry?” Having begun the conversation, practice stepping back and listening to the person with whom you’re having this conversation.

More than ever, the weight of our country’s health rests on each of our shoulders. As political scientist Barbara F. Walter maintains, “Democracy only works if we want it to work.” And we have work to do to make sure our Democracy remains strong and healthy.