Win – Win for the Library

Win – Win for the Library

“The only thing that you absolutely have to know is the location of the library.” 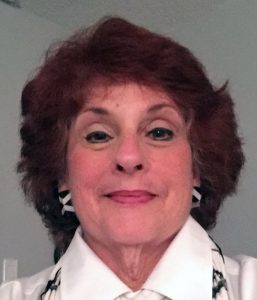 Winter Park values its library and agrees, in principle, with the objective of creating a relevant 21st-century facility. Similarly, the Rachel Murrah Civic Center is beloved, but as currently configured, is said to no longer serve today’s needs.

The proposed “fix’ for these venues is to abandon the existing library and demolish the Civic Center to create two new buildings and a garage on park land at a cost to the taxpayers of $43 million ($30 million bond plus approximately $13 million in interest).

When Winter Park citizens are faced with decisions, too often their choices are structured as “win or lose,” which has the effect of pitting friend against friend, neighbor against neighbor and half the city against the other half. The winners gloat over their victory, earning the enmity of the losers. This paradigm is evident in the current Library and Civic Center bond issue, where the vote passed by a razor-thin margin.

However, there is another approach to problem solving that mitigates the enmity and disarray resulting from a win-lose paradigm. A “win–win” approach accommodates all stakeholders, creating a result where everyone benefits, but not through another’s loss. Although no one gets it all, all the participants benefit in one way or another.

At the informational Library meetings I attended, Winter Park Public Library Executive Director Shawn Shaffer and City Manager Randy Knight discussed the shortfalls of the existing facilities and proposed what was necessary to create 21st- century venues. By applying a win-win approach, those expressed needs might be accomplished as follows.

First, construct a new four-story building on the site of the current Library parking lot. The first and second floors of this building would provide parking, and the third and fourth floors would satisfy the need for additional meeting space and would contain up-to-the-minute technology. The new building would be connected to the original building via one or more walkways and would contain an elevator that could accommodate a gurney in the event of a medical emergency.

Once the new building has been completed, begin modification on the original Library building.  Ms. Shaffer frequently spoke of requests for child-friendly areas. Turn the entire first floor into a Children’s Area. It has adequate space to accommodate children’s needs and is already computer ready. After the completion of the first floor, the second and third floors could be updated.

One benefit is that the Library could remain open during construction of the new building and renovation of the original building. An additional benefit might come in the form of an agreement between the Library and the Alfond Inn, allowing the Inn the use of the garage after Library closing hours in return for payment to the Library, which would provide income to the Library.

The morphing of the site description from “Civic Center” to “Events Center” and the repeated calls for a venue accommodating 400-500 people has some of us believing that the perceived need for a new Events Center and parking garage is greater than that of the Library.

However, in a “win-win” approach, the remedy for the stated inadequacies of the current Rachel Murrah Civic Center seems neither impossible nor even difficult. Using a portion of the bond money, the Civic Center could be upgraded by modifying the interior space to create multiple sized spaces and a beautiful new front entrance opening onto the park, and upgrading the parking.  With only the Civic Center building on the site, it might even be possible to downsize the garage, thus creating a scale more in keeping with the park.

Over the years in Winter Park, there have been many calls for more civility, for bringing the community together and for ending the hostility that has resulted from the many battles over issues.  Hasn’t Winter Park had enough of “win-“lose”?

Isn’t it time for Winter Park to “WIN-WIN”?