But, Will the Chickens Ever Come Home to Roost?

The City Commission met in a special session April 8 to discuss the City’s coronavirus response and to approve funding assistance for Winter Park residents during the shutdown. The City has partnered with the Winter Park Chamber of Commerce to come up with the following measures.

Also discussed was a micro-loan program, jointly funded by the CRA and the City, for Winter Park small businesses that are struggling. Although $250,000 in matching funds was budgeted, there is no clear path to implementation.

To put this program in motion, the City is banking on help that may be hard to get. Lacking the necessary skills and manpower to administer a loan program, the City had planned to enlist the support of a local bank or banks for their lending expertise. The banks, however, are stretched to the limit administering unwieldy State and Federal assistance programs. The demand is overwhelming, leaving the banks without the capacity to assist the City. In addition, the City’s $250,000 contribution requires a matching donation of locally-raised private funds – and this is a difficult time for anyone who’s had the courage to look at their 401(k) lately.

According to an April 10 Press Release from the City, “Details for this program are still being finalized and will be presented for CRA Board approval at a future date.” 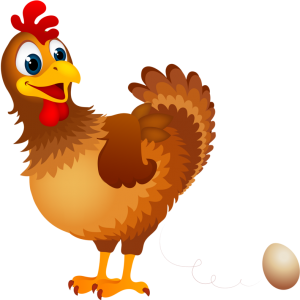 At the end of the meeting in the ‘Commissioner Reports’ period, Commissioner Todd Weaver gave the other Commissioners a pullet surprise by bringing up the topic of Backyard Chickens. Surrounding communities, including Maitland and Orlando, have successful programs, but the worm has not yet turned in Winter Park.

The last attempted chicken coup was in 2016, when the Keep Winter Park Beautiful and Sustainable Advisory Board proposed a Backyard Chicken pilot program. The plan called for City Staff to issue temporary permits and work with each permit holder to assess how well the program would work in Winter Park. That plan never hatched.

Now, despite the success of other well-established urban programs and passionate pleas from local residents for a few backyard hens, the response from the other four Commissioners is tepid. Mayor Steve Leary agreed to bring the subject up for discussion at the April 13 Commission Meeting, but only for discussion, not as an action item.

Weaver acknowledged that Backyard Chickens may seem like a small thing in the face of a global pandemic – unless you’re an egg-lover who has left the Publix egg aisle empty-handed. In these days of limited social contact, many people are turning to their own gardens for sustenance, and a couple of hens could lay enough eggs to provide some much-needed protein.

So, if you run into a Commissioner who’s on the fence, you might consider egging them on to cross the road to support Poultry in Motion.