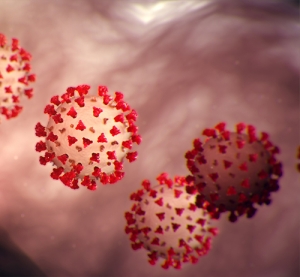 A special meeting of the Community Redevelopment Agency (CRA) is scheduled tomorrow, April 8, at 3:00 pm. A meeting of the Winter Park City Commission will immediately follow the CRA meeting. Meetings will be virtual, and you must pre-register.

The CRA and the City are working with the Chamber of Commerce to propose a community assistance program consisting of four components – utility bill assistance, matching funds support for small businesses, community food and wi-fi support and recovery support. The meetings are for the purpose of discussing and possibly adopting all or part of this program.

To Register for the Meeting

Procedures are the same as for the two previous virtual meetings. Go to https://cityofwinterpark.org/government/live-video-broadcasts and click on the “Live Virtual Meetings” button to register. If you were not registered before, enter your name and email address and click on the “Register” button.

Even if you registered for a previous meeting, you still have to register for this one. When you click the “Live Virtual Meetings” button, the page will already be populated with your information and you can just click the “Register” button.

There are three ways to offer public comment. You can comment prior to the meeting by emailing mayorandcommissioners@cityofwinterpark.org. Emailed comments will be part of the public record but will not be read aloud during the meeting.

If you do not have internet access, you may comment by phone during the live meeting by calling 407-599-3410. This line will be active only during the meeting.

The first of the four components of the proposal is utility bill assistance through the Heart of Florida United Way 211 Program. For information go to www.hfuw.org/gethelp/

The City has suspended disconnections, late fees and interest payments through May 31. Further reduction in residential and business utility costs will come through a one-month electric fuel rate reduction, which would significantly reduce utility bills.

In partnership with the Chamber of Commerce and private donors, the City proposes to contribute matching funds of up to $500,000 in micro-loans to struggling small businesses. An executive board of community leaders would be formed to oversee the program.

To qualify, the loan recipient would have to be a ‘small business’ – a term, as yet, undefined. The program would be city-wide and not confined to the CRA, and the businesses would not have to be Chamber members. For more information about this proposal, go to https://winterpark.novusagenda.com/agendapublic/CoverSheet.aspx?ItemID=1679&MeetingID=244

To address food insecurity, the City will donate $50,000 and work with the 4Rivers Feed the Need Initiative and Second Harvest Food Bank to create a Winter-Park-specific food assistance program.

In partnership with Frog Telecommunications, the City will provide an early launch of fast, free public Wi-Fi available in Central Park and in Shady Park. This item was already budgeted and should be launched within the next four weeks.

The City will support the community during recovery by continuing to maintain City infrastructure and continuing the Business Façade Program that is already underway.

Be Sure to Tune In – 3:00 pm, Wednesday, April 8. Use the Public Comment Form to make your voices heard.